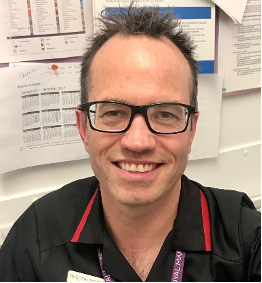 As Chief Nurse, on the board at the Royal Marsden, Eamonn represents the Trusts 1400 Nurses, Therapists and Pharmacists and is responsible for the patient safety and patient experience portfolios. The Royal Marsden is Europe’s largest cancer centre with the third largest cancer research portfolio globally. It is rated ‘Outstanding’ by the NHS regulator, the Care Quality Commission.

At the beginning of the pandemic in 2020, Eamonn was called upon to become the Director of Nursing at NHS Nightingale London – part of a five person leadership team charged with designing, building and operating the world’s largest temporary Critical Care Unit built at the Excel conference centre, which become operational in just 9 days. Fortunately, Nightingale London was not used to its full capacity, but still cared for 55 critically ill Londoners, becoming at that time, Europe’s largest temporary Critical Care Unit.

Eamonn spent much of his clinical career in Adult Critical Care, he holds an MSc in Critical Care from Kings College London. In 2017 he was honoured to become a Florence Nightingale Leadership Scholar.

Outside of the NHS, Eamonn is a Major in the British Army Medical Services (Reserve). He has had the privilege of leading UK and US Army Medical Teams in the conflicts in Iraq and Afghanistan, including being appointed as the Officer Commanding Critical Care at Camp Bastion. Eamonn rates these experiences as being pivotal periods in his career.

In October 2020 Eamonn was called upon to become NHS Test and Trace’s first Chief Nursing Officer – he is currently seconded into this position and returns to the Royal Marsden in January 2021.

Eamonn lives in Berkshire with his wife Yamini, an NHS Paediatric Speech Therapist, and their two children. 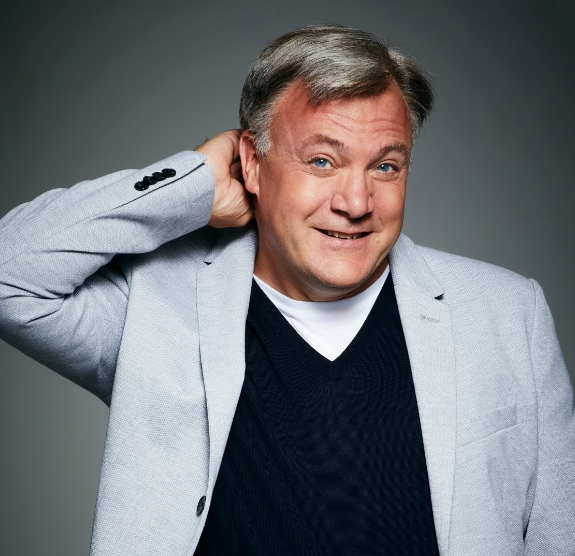 Ed was UK Shadow Chancellor of the Exchequer 2011-2015 and served in the UK Cabinet as Secretary of State for Children, Schools and Families 2007-2010. He was the UK Minister for Financial Services 2006-2007 and the Chief Economic Adviser to the UK Treasury 1997-2004 during which time he was Chair of the IMFC Deputies and UK G20 Deputy.

Ed studied economics and philosophy at Keble College, Oxford, and economics and politics (MPA) at the John F Kennedy School of Government, Harvard. Ed was a teaching fellow in the Department of Economics, Harvard from 1988 to 1990 and a leader writer and columnist at the Financial Times from 1990 to 1994 where he was the Wincott Young Financial Journalist of the Year. He has also written regularly for the Guardian, New Statesman and Tribune and co-authored a number of books, papers, articles and pamphlets.

Ed’s popular BBC TV series ‘Travels in Trumpland: with Ed Balls’ was broadcast in July 2018 and a second series ‘Travels in Euroland with Ed Balls’ will air on BBC 2 early 2020. Ed has also presented the BBC TV series ‘What Britain Buys And Sells In A Day’ with Ade Adepitan and Cherry Healey which broadcast in October 2019 and offered expert political analysis alongside George Osbourne for the ITV election night coverage for 2017 and 2019 general elections.

He has also appeared in a number of other television programmes including being a contestant on Strictly Come Dancing 2016, competing in Sport Relief Celebrity Bake-off, being a guest chair on Have I Got New for You, and has made guest appearances on Would I Lie to You, Insert Name Here, The Michael McIntyre Show and QI. He is also a regular guest on This Week, Peston on Sunday. In February 2019, Ed climbed Kilimanjaro with eight other well-known climbers, raising over £2m for Comic Relief.