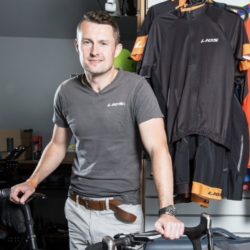 Steve served a testing seventeen year career in the Royal Marines where he was deployed all over the world. In 2011 he suffered a very serious injury which put him in a coma for three weeks and rehabilitation for almost 3 years. Whilst recovering he founded LIOS Bikes, where he created the world’s lightest foldable bike. Being the petrol head that he is, Steve also became a racing driver for Invictus Games Racing.

Steve switched to motorpsort as a second career and made an immediate impact. He has competed in over 50 races in the last four years, with a 50% podium finish rate, and is an ARDS ‘A Grade’ Instructor.

Prior to his motorsport career, he was a commissioned officer in the Royal Marines for seventeen years, where he served in all the Commando Units and deployed all over the world, including operational tours to Northern Ireland, the Balkans, Sierra Leone, Iraq and Afghanistan, before his career was cut short.

Whilst in command of 175 marines on his second operational tour to Afghanistan in 2011, during an extremely hostile period in Helmand Province, his leadership and management skills were fully tested in the most dire of situations. Whilst operating in an area that at the time was considered to be the most dangerous square mile on Earth, he was very seriously injured by an Improvised Explosive Device (IED), which put him in a coma for three weeks and physical rehabilitation for over two years.

Whilst in rehab he soon realised that his military career was over and, faced with great adversity, he turned his passion for cycling into a business and established a custom carbon bike building company – LIOS Bikes (abbreviated from the names of his children, Lily & Oscar). In November 2018 Steve won the ‘Heropreneur of the Year’ award, an inaugural event aimed to shine a spotlight on the business achievements of Armed Forces personnel who have founded their own companies.

As he could no longer compete on two wheels, and being a petrol head from a young age, he gravitated towards four wheels and an engine. After being introduced to Mission Motorsport in 2013, Steve soon found himself involved with the forces’ motorsport charity whilst in its infancy and at the beginning of 2014 he was selected to race in the 2014 Caterham Academy.

In 2017 Steve had a 70% podium finish rate in the Caterham 310R Championships and in 2018 he is aiming to translate that success to British GT, where he will be racing a Jaguar F Type SVR GT4 in British GT for the Invictus Games Racing Team. With the ambition to continue competing at the highest levels, he continues to build upon his motorsport career in order to enhance his experience as a talented racing driver, coach and instructor.

Steve is also a polished inspirational speaker. He highlights his experience in leadership and management whilst serving in the marines and setting up a new business. Steve also speaks insightfully about the adversity he faced in overcoming life-changing injuries and he shares his passion for motorsport, that fuels his drive to succeed.

“Steve McCulley’s story is so impactful. One cannot help but be inspired by his tale of the challenges that he has faced since being wounded, and impressed by his resilience thereafter.”

“Steve McCulley’s talk was very powerful and inspiring but also very pertinent to business with the concept of needing to constantly re-invent yourself to overcome setbacks.”

“Steve McCulley was utterly brilliant. Reinvention having been near death – for anyone running a business a brilliant story to hear.”

“Ok Michael, tell them lapped cars are not allowed to overtake.”

“Now tell them only five cars can overtake!”😂

Quality from the RM Band Service 👌🏼

Lets hope it does come home!…🤞🏼

I made this 4 yrs ago for @bbc5live ahead of the #InvictusGames.

Whilst it tells the story of my ‘Longest Day’ when I was blown up 10 yrs ago, I’m posting it because it’s actually about the extraordinary guys that have been with me ‘To Helmand and Back’

Looking for a mechanic to join our team at LIOS.