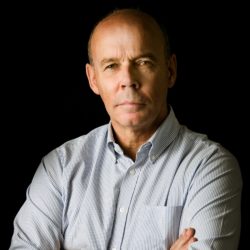 Clive not only changed the way that rugby was coached but also challenged accepted practice in how the game was played. As a speaker he delivers thought provoking, engaging and entertaining keynotes, providing insights from his career as a businessman, athlete and coach. He is currently Founder & Chairman of Hive Learning.

As England Rugby’s Head Coach, Sir Clive Woodward delivered one of the country’s greatest sporting achievements since the 1966 Football World Cup by leading England to their 2003 World Cup victory.

In rugby he transformed the traditional practices of previous set-ups, introducing business principles, setting long-term goals, paying attention to detail and planning the personal development of individuals in the basic skills, tactics and strategy of the modern game.

Outside of sport Clive Woodward is a renowned speaker delivering challenging and entertaining key note speeches. Carefully crafted to inspire and challenge, Clive’s presentations blend practical tools with inspiring video insights from his career as a businessman, athlete and coach, acting as a storied backdrop.

Clive is the founder and Chairman of Captured, a digital platform which aims to transform the way we coach, learn and perform. Captured is the easy way for coaches, athletes and learners to capture know-how and share with the team everywhere they go.

During his rugby playing days Clive played for Harlequins and Leicester, two of England’s most successful rugby clubs of the era.  As an International player he was a mainstay at outside centre for England for five years during which time he won 21 caps and toured twice with the British Lions.

Whilst playing, Clive’s business career flourished with Rank Xerox, with whom he moved to Sydney and quickly established himself as a high-achiever in this competitive business environment.

Returning to England he founded his own successful company and, having retired as a player, began his remarkable career as a rugby coach. During this time, he combined his coaching and business careers to great effect and enjoyed several highly successful seasons of coaching with London Irish, Bath and the England Under 21s.  This culminated with his appointment in 1997 as England Rugby’s first full-time professional Head Coach.

The resulting transformation of the national side led to England beating the world’s most historically dominant teams on a regular basis and ultimately to world cup glory in Sydney 2003.

In 2006 Clive was appointed Olympic Performance Director working in partnership with all UK sports key stakeholders in the preparation and delivery of the 2012 London games. He was also Deputy Chef de Mission for Team GB at the Beijing Olympic Games, as well as at the Vancouver Winter Games.

Clive maintains a healthy interest in rugby as a member of the Board of Directors at Leicester and works hard to improve on his handicap of 6 in Golf! He is a Corporate Ambassador for the Wooden Spoon and Patron of several other charities. 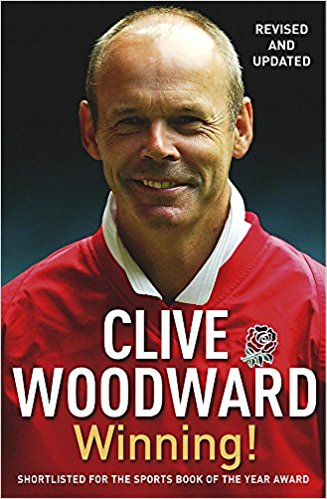 Winning! tells the story of the remarkable past six years - an unforgettable journey that began in September 1997 and took the team from the lower ranks of international first-class rugby to the top as World Cup Champions. Sir Clive Woodward and his team mounted a campaign of vast change, great learning, team building and clear vision to achieve their aim. 'We would question everything, change anything and leave no stone unturned,' he writes. WINNING! will talk about the team's journey of innovation and discovery and will reveal exactly how it happened, the fundamentals of their success and how these principles can be applied to any human endeavour.