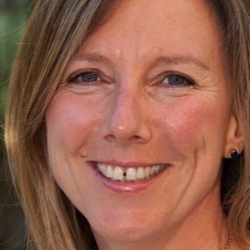 Sarah is an experienced journalist who has conducted interviews with everyone from CEO’s, MP’s to Nobel Prize Winners. Prior to presenting BBC Radio 4’s flagship Today Programme, Sarah presented BBC Two’s Newsnight alongside Jeremy Paxman and Jeremy Vine.

Former Presenter of BBC Radio 4’s flagship Today Programme Sarah is an experienced journalist, facilitator and host, who has conducted interviews with everyone from CEO’s, MP’s to Nobel Prize winners.

Sarah began her career in finance working as a stockbroker and Eurobond dealer with Natwest Capital Markets. She went on to set up the very successful Charles Tyrwhitt Shirts in London, which enabled her to travel widely.

Following this venture Sarah decided to try her hand in the media joining Channel Television in Guernsey and Jersey as a reporter and presenter. Finding her passion Sarah went on to join Reuters in 1994 to work on a daily business programme, eventually leaving to join Sky News as a business presenter.

Sarah has proven herself as a skilled host and presenter, facilitating debates such as the one between Mayor Boris Johnson and Rudy Giuliani, the Legal and General Round Table debate, Goldman Sachs Symposium and ABI Social Care Summit. Sarah has also hosted for the IoD, the Oil Companies Congress and the British Property Federation Annual conference for the last nine years.

Thank you! It was certainly a pacy one #bbcwato

EU foreign policy chief @JosepBorrellF on #BBCWato when I asked if there could be armed conflict in Ukraine: "Why not? There are 100,000 russian troops on the border; they haven't gone there to take coffee"

.@Kate_Mallinson1 of Chatham House tells me on #BBCWATO she's heard the former president of Kazakhstan, Nursultan Nazarbayev and his family have fled the country.

Lovely to have you on #bbcwato. Hope you have a wonderful Christmas with Frances