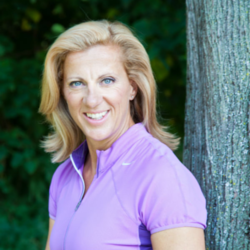 Sally remains the only woman in the world ever to hold four major track titles concurrently – Olympic, World, European and Commonwealth. Since retirement Sally has remained in the public eye undertaking a successful career as a television presenter. Today, she mixes motivational speaking and running corporate well-being programmes.

Sally’s rise to the pinnacle of her sport was hard won. She missed the chance to be World Champion in 1991, stormed back to win Olympic Gold in 1992 and defied incredible odds to become World Champion in 1993, setting a new World Record in the process. She contended with injuries, athletes that she saw as more naturally gifted and a relatively modest support infrastructure compared to her peers. Her success, by her own admission, was down to a firm grip over her own mind and a lot of very hard graft.

Following her retirement from elite sport, Sally became part of the BBC Sport team and was a regular fixture on Athletics programmes throughout the Noughties, until 2006, interviewing athletes on the finish line and bringing the trackside atmosphere in to millions of living rooms across the UK. She has appeared in numerous TV shows including A Question of Sport and Total Wipeout and is a regular on the Breakfast News sofas and conducts hundreds of radio interviews each year.

Today, Sally mixes motivational speaking and running corporate well-being programmes and has published four influential books on the subject of wellness. She is also a high-profile supporter of healthy and active family initiatives in the UK.

“Sally’s speech was highly inspirational and motivational. Her story, while unrelated to our profession, was easily translatable to our line of work. She went down a storm with our delegates and would be an ideal speaker for virtually any audience.”

“Sally’s talk perfectly accompanied the theme of our employee awards event and I’d have no hesitation in recommending her to anyone looking for a top notch presenter who is capable of really engaging with any audience.”

“…We had a record number of delegates in attendance and the day was a complete success, with Sally playing a significant part in this achievement. Her motivational and illuminating talk was spot on and we have already received some excellent feedback from a number of delegates who attended to say how much they enjoyed her contribution on the day.” 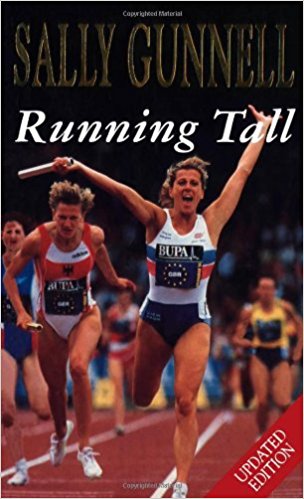 This is the story of Sally Gunnell's progress from modest origins in Essex to becoming 400-metre hurdles world-record holder, Olympic champion and world champion. It describes the combination of talent, commitment, hard work and desire to win that have enabled her to succeed...

#MondayMorning jobs-check the bird feeders are full! ✅
Next is a quick #dogwalk before an exciting planning meeting for a home #treeplanting project I hope to get off the ground.

✸ I love a good #offer! ✸
For the whole of Jan ’22 there is [30%] off my go to protein powder by #TempoNutrition
Just use code [newyear] to take advantage!
→ Go to https://t.co/R1XFYo5jhd to order now!

📣 Calling all Athletes!
The @gllsf funding application process is open!
As #patron I am delighted to tell you that the GLL Sport Foundation continues to support athletes across the UK.
Submit your application here: https://t.co/UcD80BKZgR

We're so excited to announce that @SallyGunnell OBE is our new Patron!