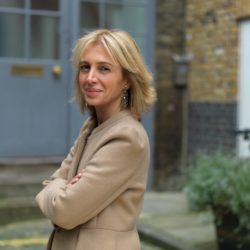 One of UK’s most Inspiring Female Entrepreneurs, Author and Lawyer

Sahar is an internationally recognised thought leader and speaker on innovation and entrepreneurship. Her presentations are unique, blending her story of building two famous brands, Coffee Republic and Skinny Candy, with the key habits for innovation and creativity.

Sahar is one of UK’s most inspirational female entrepreneurs.

She shares with the audience her captivating personal stories of building two famous brands; Coffee Republic, the UK’s first coffee bar chain which she and her brother grew to 110 stores and £30m turnover and exited in 2001; and Skinny Candy, the guilt free confectionery brand which she sold to Glisten Plc. in 2007.

She is a bestselling author – her book ‘Anyone Can Do It – building Coffee Republic from our kitchen table’ has been translated into six languages.

Formerly a lawyer, Sahar has been recognised for her achievements as an entrepreneur by Her Majesty the Queen and named as a ‘Pioneer to the life of the nation’. She was named Young Global Leader by the World Economic Forum in Davos and also one of 100 most influential women in Britain by Daily Mail and 35 top women in British business by Management Today.

In a Shell Livewire survey of role models Sahar was among the top five along with James Dyson and Dame Anita Roddick. Meanwhile in 2011 Sahar was nominated by Director magazine as one of its Top 10 Original Thinkers, alongside Sir Tim Berners-Lee and Sir Jonathan Ive.

In 2012 she was honoured with an OBE for ‘services to the UK Economy and to charity’.

As a speaker Sahar tells her very personal journey as an entrepreneur and in doing so she connects with the audience on an emotional level, bringing to life the passion, determination and open mindedness needed to succeed.

Sahar always makes a strong impact, igniting the audience with a ‘can do’ spirit and the tools and habits to ‘make it happen’.

“Sahar’s passion for innovation energises a room – it’s the equivalent of a double espresso from the coffee chain she co-founded.”

“That is a huge gift you have, to be able to open people’s minds in that way, believing they can do it, and giving them the tools on how to do it.” 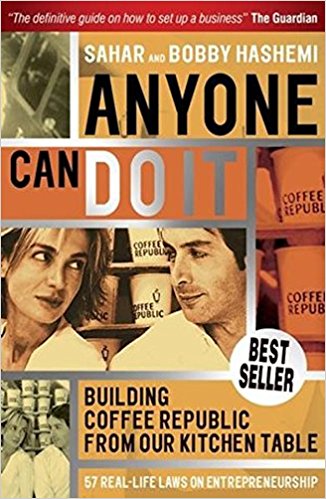 Anyone Can Do It: Building Coffee Republic from Our Kitchen Table - 57 Real Life Laws on Entrepreneurship

Anyone Can Do It offers a myriad of lessons for aspiring entrepreneurs and blows apart the myth that only ′special′ people start successful businesses. It′s written in an informal style and packed with tips, advice and quotes. Throughout the text are copies of original business plans, early brainstorms and the cruel and duly ignored bank rejection letters. Sahar and Bobby take the reader step by step through every aspect of starting a business... 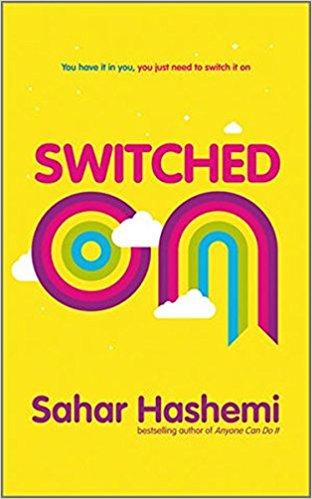 Switched on: You have it in you, you just need to switch it on

Switched On shows you how to think like an entrepreneur – have ideas, spot the opportunities, see the future and make things happen. The future belongs to fresh thinkers, so turn your receptors on and get ready to bring the real you to work... 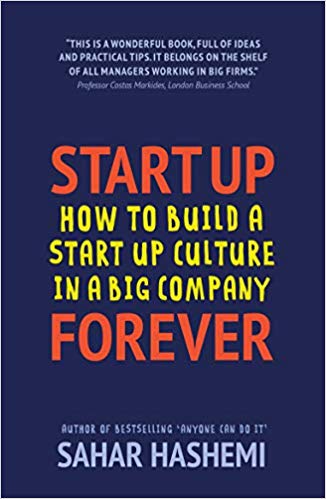 'In the face of disruptive change, how do we become more agile? More resilient? More open to change? 'How can we grow big and still act small?' As the relentless pace of change forces established organisations to re-think their cultures, these are the questions keeping leaders up at night.

Create your own retreat. A lovely place to be..