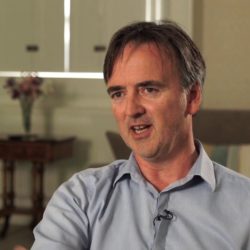 Richard has worked extensively in theatre, television and film. Outside of acting he is a personal coach focused on presentations skills and personal impact, team building, coaching, influencing and interview technique.

Richard is an actor, facilitator and coach and has worked extensively in theatre, television and film.

On TV, he has appeared in everything from EastEnders to Red Dwarf and has the dubious honour of being in a Mr Kipling advert which had so many complaints, it was banned!

On film, he has worked with Ewan McGregor, Idris Elba and even played Brian Blessed’s son. He is a prolific voice over artist and work ranges from TV and radio campaigns for Saab and Aer Lingus, to voicing the subsidiary characters in Disney’s A Christmas Carol.

Before training as an actor Richard graduated in Estate Management and qualified as a Chartered Surveyor. He worked in commercial property investment in both the City and the West End, and still fancies himself as a small-time property developer.

Richard is an experienced personal coach, specialising in personal impact and helping people to maximise their potential. His approach is reactive, flexible and completely individual, building relationships based on integrity and trust. Richard has extensive experience with a wide cross section of organisations such as Shell, KPMG, Accenture, JDA Software, American Express and Herbert Smith, where work has included presentations skills and personal impact, storytelling, team building, coaching, influencing and interview technique.

He is an experienced large group facilitator but is equally comfortable coaching on a one to one basis.

He regularly co-facilitates with Alice Thorneycroft – they are a formidable double act!

“I would recommend Richard. If you are trying to succeed in your current role or trying to get that next job he can make a real difference very quickly.”

“I can honestly say in all my years of working this course has been by far the best of my career.”

“Richard is amazing! He is very good at coaching and making people feel confident. I can feel I am more confident now as well and thanks to this training I had the opportunity to meet colleagues I don’t work directly with. I really enjoyed it.”