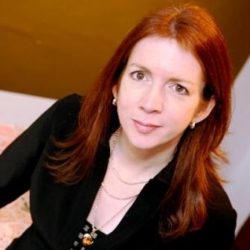 Rachel is the entrepreneur who created the market leading experiences brand Red Letter Days at the age of 24, which she grew from nothing, on a shoestring budget, into a multi-million turnover household name. She is now a business speaker, published author, award winning business mentor and CEO of the digital publishing and marketing platform for evolutionaries SourceTV.

Rachel is the entrepreneur who created the market leading experiences brand Red Letter Days at the age of 24 – which she grew from nothing, on a shoestring budget, into a multi-million turnover household name.

This won her an Ernst & Young Entrepreneur of the Year Award in 2002 and she was shortlisted for the 2001 Veuve Clicquot Businesswoman of the Year Award along with Barbara Cassani, Jo Malone, Sly Bailey and Chey Garland.

Red Letter Days’ went into administration in 2005, after the over-expansion of the business in 2002, gained huge media exposure…

Rachel says: “Five years ago my first business Red Letter Days was forced into administration by Barclays Bank – even though we had £3.3 million cash at bank – after a 16 year journey creating the company from nothing more than an idea, on a shoestring budget which built into a £multi-million turnover market leading brand contributing £13 million to the coffers of UK plc in the years I ran it. I was left with no business, no income, a one week old baby, plus 1 million in personal debt. And, because I’d just been a Dragon on the very first series of BBC TV’s cult business show Dragons’ Den, the Press had a field day. It would have been so easy to roll over and die at that moment. Give up and stay under the duvet. But that’s not what entrepreneurs do.”

Rachel chose to use her experiences in business to help other entrepreneurs on their journey – through speaking at business events. Rachel also mentors and advises business about how to stay energised and positive even in the face of great adversity.

Rachel wrote about her experiences in business in her 2007 book ‘Business Nightmares’. The timing of the book launch could not have been more fortuitous as it was published at the beginning of the current recession – and has since become the handbook for business survival for many struggling entrepreneurs.

Rachel’s appearance as a ‘Dragon’ on the first two series of BBC TV’s Dragons’ Den in 2005 secured her celebrity entrepreneur status, which has resulted in over 300 engagements as a speaker and celebrity guest in the Enterprise Sector over the past five years.

“Not only did you storm it at the Black Pearl Dinner, you won the hearts and minds of every single person in that room.” 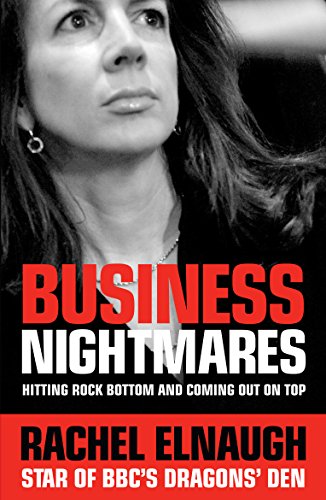 Business Nightmares: Hitting rock bottom and coming out on top

Rachel Elnaugh, entrepreneur and founder of Red Letter Days, announces her book Business Nightmares. Brought to fame as the original female Dragon in the BBC TV cult business show Dragons' Den, Rachel had achieved success at the helm of the a multi-million-pound company. Here, for the first time in her own words, Rachel speaks about her dramatic fall from grace and the spectacular, high-profile collapse of her market-leading business, Red Letter Days...

From the start Dr Peter Mccullogh has been right at every twist and turn. The impartial doctors, not funded by pharma, repeatedly seem to be the only ones who can be trusted. https://t.co/eWa1naM2jo

@RachelElnaugh Well said Rachel, the conservatives love the big pharma gravy train at the expense of all our health and our deaths