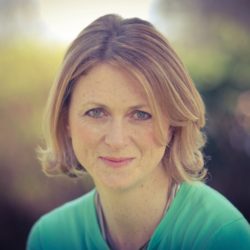 Rachel is an award-winning broadcaster who presents the 5Live Breakfast show and BBC Breakfast – covering news, sport, business and entertainment. She’s been the anchor for major national and international stories including the US Presidential elections and recent UK terror attacks.”

Rachel Burden is an experienced radio presenter, and has co-hosted the BBC 5live Breakfast show with Nicky Campbell since 2011. She has worked on the national radio station for over 10 years in a variety of presenting roles, and reporting from all over the world. Recent broadcasts include the death of Nelson Mandela in South Africa, and a trip to Afghanistan which included reporting from Kabul and alongside British troops in Camp Bastion.

Rachel began her radio career in BBC local radio, having graduated from Trinity College Dublin with a degree in History and Politics, and trained in broadcast journalism at Cardiff University.

So @rickedwards1 will be in Westminster tomorrow - as we try to work out what on earth is going on at No.10. Plus lots of #WEURO2022

Action from the bench …

➡️ @RachelBurden is live from Westminster this morning and @RickEdwards1 is in Salford after the resignation of Chancellor @RishiSunak and Health Secretary @SajidJavid last night.

📲 Tune into #5LiveBreakfast from 6am on @BBCSounds for the latest developments 🎧

Walk to work this morning… join me and @rickedwards1 on your wireless from 6am to discuss all the latest from Westminster, the start of @WEURO2022 and @cam_norrie through to the semis at #Wimbledon!