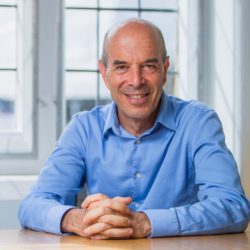 Ian was the Founding Director of the Oxford Martin School from September 2006 to September 2016. As Former Adviser to Nelson Mandela and Vice President at the World Bank, Ian is well qualified to talk about future global shocks and opportunities.

Ian is currently the Director of the Oxford Martin School at Oxford University and was a former adviser to Nelson Mandela and Vice President at the World Bank.

From 1996 to 2001 he was Chief Executive and Managing Director of the Development Bank of Southern Africa and served as an advisor to President Nelson Mandela. He succeeded in transforming the Bank to become the leading agent of development in the 14 countries of Southern Africa. During this period, Ian served on several Government committees and Boards, and was Finance Director for South Africa’s Olympic Bid.

Previously, Ian was Principal Economist at the European Bank for Reconstruction and Development (EBRD) in London, and Program Director at the OECD Development Centre in Paris, where he directed the Programs on Trade, Environment and Sustainable Development.

Ian has received wide recognition for his contributions to development and research, including having been knighted by the French Government and nominated Global Leader of Tomorrow by the World Economic Forum. He has published over 50 articles and 19 books; most recently writing “2019 A Year to Turn the Tide” for the Gulf Times and “Boldness in Business” for the FT.

Ian has been nominated a Global Leader of Tomorrow by the World Economic Forum and is undoubtedly an excellent choice for corporate events on topical themes including future trends in technology, trade and finance. 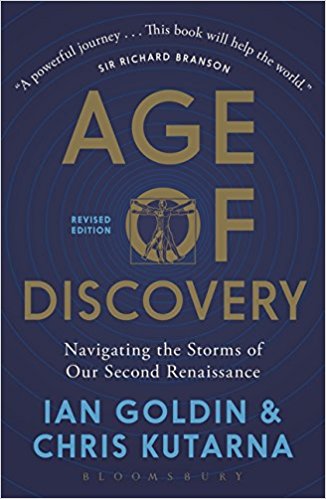 Age of Discovery: Navigating the Risks and Rewards of Our New Renaissance

We've been here before. The first Renaissance, the time of Columbus, Copernicus, Gutenberg and others, redrew all maps of the world, liberated information and shifted Western civilization from the medieval to the early modern era. Such change came at a price: social division, political extremism, economic shocks, pandemics and other unintended consequences of human endeavour. Now is our second Renaissance. In the face of terrorism, Brexit, refugee crises and the global impact of a Trump presidency, we can flourish-if we heed the urgent lessons of history... 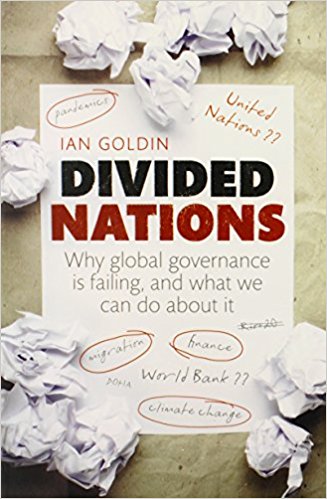 Divided Nations: Why global governance is failing, and what we can do about it

With rapid globalization, the world is more deeply interconnected than ever before. While this has its advantages, it also brings with it systemic risks that are only just being identified and understood. Rapid urbanization, together with technological leaps, such as the Internet, mean that we are now physically and virtually closer than ever in humanity's history. 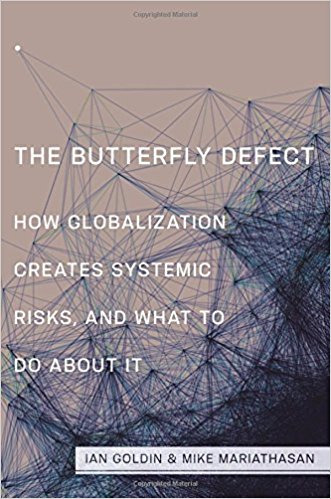 The Butterfly Defect: How Globalization Creates Systemic Risks, and What to Do about It

The Butterfly Defect addresses the widening gap between the new systemic risks generated by globalization and their effective management. It shows how the dynamics of turbo-charged globalization has the potential and power to destabilize our societies. Drawing on the latest insights from a wide variety of disciplines, Ian Goldin and Mike Mariathasan provide practical guidance for how governments, businesses, and individuals can better manage globalization and risk. 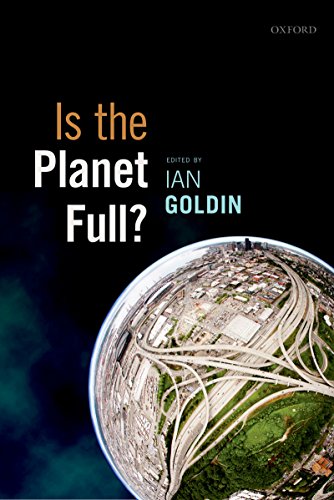 Is the Planet Full?

In this book, leading academics with a wide range of expertise in demography, philosophy, biology, climate science, economics and environmental sustainability explore the contexts, costs and benefits of a burgeoning population on our economic, social and environmental systems. 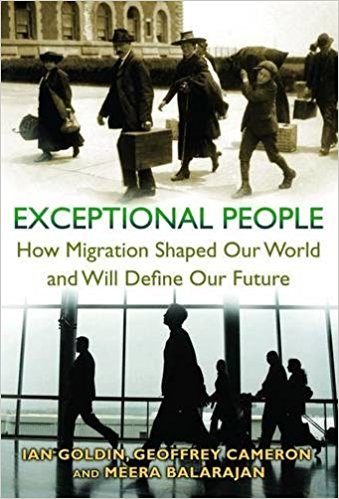 Exceptional People: How Migration Shaped Our World and Will Define Our Future

A guide to vigorous debate and action, "Exceptional People" charts the past and present of international migration and makes practical recommendations that will allow everyone to benefit from its unstoppable future growth.

Our New Year's Conference recordings are available to watch now. Don't wait too long, some are only available for a limited period. #skagenconference

🚨By the summer of 2021, the @WorldBank estimated that 97 million people around the world had been pushed into extreme poverty by Covid-19.

I am reading #Rescue by @ian_goldin at the moment. This morning I read:

"Those [nations] that did worst [during #COVID19] have #arrogant, #imperial leaders... Their #inconsistency & apparent #immunity from the rules destroyed #trust."