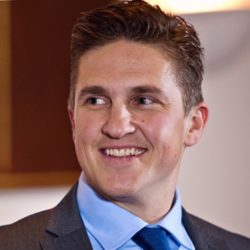 What can the business world learn from a ‘Stupid Footballer’? The answer is a hell of a lot! Paul, football’s No.1 keynote speaker, takes the many lessons he learnt from his 16 years at the top of his game at Tottenham Hotspur and Norwich City and translates these into strategies for success for organisations from all different walks of business life.

Paul was a professional footballer for 16 years playing for clubs such as Tottenham Hotspur, Luton Town, Burnley and Norwich City.

He made over 300 appearances and scored over 40 goals. He was a key member of 2 Championship winning teams and rose to the pinnacle of English football, the Premier League, as well as representing his country at various levels on over 40 occasions. Many ambitious young men share the dream of becoming a Premier League footballer, but very few ever make it happen.

Paul achieved his dream as a result of his hard work, dedication and positive attitude. An attitude that he says “was forged as a young boy in the most violent era for Belfast, Ireland.”

Most recently he co‐founded a new company ‘ThinkPRO’ and has written a book on the psychology of football, entitled “The Stupid Footballer is Dead: Insights into the Mind of a Professional Footballer’.

“I thought Paul was very good, very thought-provoking…and what was really good for us is that he was able to link it back to business very clearly was exactly what we needed.”

“He presented everything in such a calm manner, introduced a lot of humour and was very down-to-earth. He made a great comment, ‘You can’t get the best out of others, if you haven’t the best out of yourself’. I’m going to take that back to the office.”

“The crucial thing Paul does is he uses his knowledge, but brought it back to a business context, keeping it practical for the guys in the audience.” 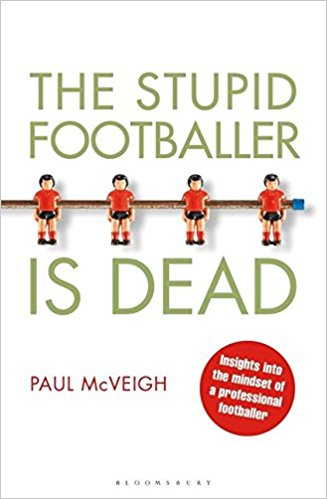 The Stupid Footballer is Dead: Insights into the Mind of a Professional Footballer

Professional football in the modern era is played every bit as much in the mind as on the pitch. More and more it's becoming clear that natural talent is nowhere near enough to sustain a career in the modern game. Players need to be smart; not academically but in terms of their thinking. The ones who are dedicated, with mental resilience and a winner's psychology are prospering and will continue to do so as the game evolves. The stupid footballer is dead. Ex-Premiership footballer Paul McVeigh looks back on his professional career and how he learned to play...

Final preparation and run through done!
Almost time for session 1 at the @UnitedCoaches convention in Kansas City!

Enjoyed my session @UnitedCoaches convention. Always a great learning opportunity! Thanks for having me #UnitedCV22

Really excited to be back at the @UnitedCoaches convention after missing it for the last 2 years!

Delighted to be co-delivering with @BCfreakley!

@Paulmcveigh77 @UnitedCoaches @BCfreakley Sorry I won't be seeing you there this time. I hope it all goes well!

Really excited to be back at the @UnitedCoaches convention after missing it for the last 2 years!

Delighted to be co-delivering with @BCfreakley!