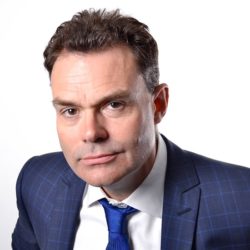 Neil brings the innovation of improvisation theatre to some of the world’s biggest corporations; transforming businesses from the inside by encouraging communication, simplicity, collaboration, engagement and creativity.

Neil has been described by the Guardian as “one of the unsung heroes of modern comedy, not many can match his ability”.

Neil studied Economics, Social and Political Sciences at Cambridge University. He was President of the comedy troupe the Cambridge Footlights (whose alumni include John Cleese, Hugh Laurie and Emma Thompson) and toured the UK and Australia.

Neil has numerous TV credits including ‘Whose Line Is It Anyway’, ‘QI’, ‘Have I Got News For You’ and ‘Saturday Live’. He has acted in films, most notably ‘Leon the Pig Farmer’, ‘A Fistful of Fingers’ and ‘Solitaire for 2’ and appeared in theatre and radio.

Alongside his many and varied roles within the entertainment industry, Neil is highly accomplished in the field of management training, having run numerous workshops and hosted conferences for private and public organisations. Neil uses improvisational comedy as a metaphor and an interactive way to achieve learning and change in the corporate world. The themes he explores through improvisation, in which everyone takes part, range from communication and behavioural change to mind-set shift and sales techniques.

“A funny man with a deep sincerity about what he does. He elegantly and provocatively shakes up your thinking, challenges your self imposed limitations and pushes your creativity. You will certainly laugh at yourself and others and you may well surprise yourself too.”

“Neil’s use of improvisation (both theory and practice) made for one of the most inspiring and provocative sessions on creativity that I have ever experienced. He took a class of 108 Cambridge MBA’s – hard-nosed, rational and highly sceptical about their individual ability to create – and transformed them.”

“Neil works with us to help improve the communication and presentation skills of our senior team. He has taken the time and interest to really understand our business and this, together with a sharp intellect, allows him to also offer real  insight to his audience of smart guys. And he pitches his coaching and feedback style perfectly for each different person – pushing as far as possible, but never to the point of humiliation. Neil is a thoroughly decent guy, without ego and much loved within our firm.” 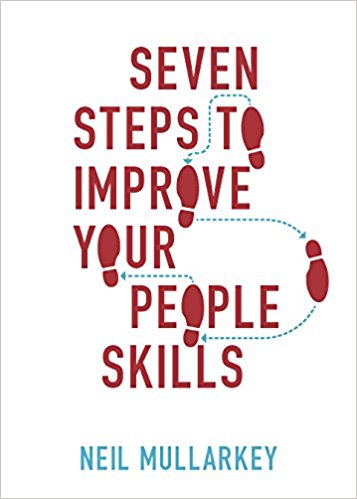 Neil has taken his eighteen years' experience and distilled it into seven essential skills: listening, being curious about people, being aware of eye contact and body language, letting people talk, not taking yourself too seriously and ending an encounter without ruining it. Neil refers to the latest academic research to bring you a simple, amusing and highly applicable guide. This book is essential if you want to become better at dealing with people, whether it be colleagues, clients or those you meet for the first time...

Trombone Shorty at the Roundhouse