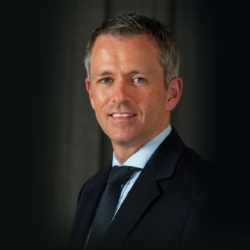 Mike is one of the UK's leading Sports Executives, having worked in the English Premier League for the past 15 years. He is widely recognized as a leading figure in the EPL and European Soccer for driving innovation and cutting edge methods across the high performance world.

Mike is particularly known for his innovative approach to create a sustained business model for elite player performance, in the most widely watched and competitive football league in the world.

He has a degree in Sport Science from Liverpool John Moores University and a Masters in Psychology and Sport from San Diego State University/Leeds Metropolitan University.

Mike was the Performance Director for Bolton Wanderers Football Club from 1999 to 2007. Following that, he spent six years as the Director of Football Operations at Chelsea Football Club, where he was responsible for all areas of performance and team operations. This included player recruitment, medical, sport science, psychology and performance analysis.

In May 2012 Chelsea achieved their long-held goal of winning the UEFA Champions League. They won the match in a dramatic penalty shoot-out, beating favourites Bayern Munich in their home stadium. In May 2013 Chelsea won the Europa League for the first time in their history.

Mike advises a variety of global sports and teams including 2014 NBA Champions San Antonio Spurs, where he assisted them in building a performance model for sustained success. He also consults closely on Corporate Knowledge Capture along with Sir Dave Brailsford and Team Sky Cycling.

Mike is the Co-Founder of the New York & London based Talent Agency ‘FC Talent’. He is a sought after expert in Performance and Talent Management discussions, valued for his elite experience and ability to impart and develop wide range learning, integration and best practice in High Performance Cultures and transfer to the world of business.

“Mike Forde is one of the best speakers I have ever experienced in over 10 years of running international conferences for sport and business. He is able to captivate any audience with his world class knowledge of “Performance” and his unparalleled experience dealing with some of the biggest names in business and sport around the world. He has gravitas and humour in equal supply making him a rising star on the global speaker circuit.”

“The passion of what he is doing in his job was very well felt throughout his presentation. The talk was well built up, lively and enjoyable from the beginning till the end. His content is interesting and fits well with “data analytics” in general. He is easy to work with and has a pleasant presentation style.”

What a fantastic story as an amazing idea. https://t.co/LVBntJpJyR