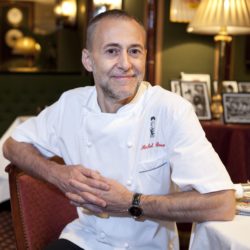 Michel is one of London’s most respected chefs. Le Gavroche, which he has run since 1991, continues to receive recommendations for excellence in every food guide. As a speaker Michel shares his personal story of the high pressure demands of being a restaurateur balanced with a healthy lifestyle.

Michel Roux Jr was born in 1960 in Pembury, Kent, where his father Albert Roux worked as a private chef for the Cazalet family. His earliest food memories are the smells of the Fairlawne kitchen – pastry, sugar caramelizing and stews – where he played under the table while his father and mother Monique prepared the meals.

Michel Roux Jr. took over the kitchen at Le Gavroche in 1991 and remains the current head chef as of 2007. Under his stewardship, Le Gavroche has retained two Michelin stars and has been consistently placed in Restaurant’s Top 50.

Roux has made various television appearances, including on his friend Gordon Ramsay’s ITV1 produced ‘Hell’s Kitchen’, and as an expert judge on BBC2’s professional edition of ‘Masterchef’.

As a keynote speaker Michel shares with his audiences his personal story focusing on coping with the high pressure demands of a restaurateur balanced with a healthy lifestyle. His personal story of how he took on the family business and the extreme pressure he was under to maintain the quality and reputation the restaurant had generated under his father, makes for fascinating listening.

A lover of alcohol, Roux doesn’t drink between Monday and Friday, but enjoys Krug champagne on the weekend. He is an honorary member of Harlequin F.C. and is a keen marathon runner, completing his nineteenth marathon in 2014, to raise funds for VICTA, a charity supporting visually impaired children.

“I want to extend my thanks to Michel and his team for such an amazing evening. I am still receiving emails from guests saying how much they enjoyed the night – the food and wines were exquisite.” 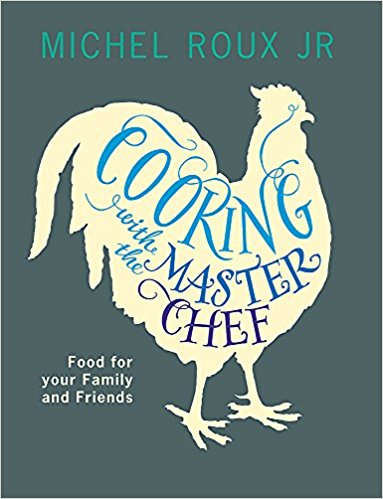 Cooking with The Master Chef: Food For Your Family & Friends

Michel Roux has a justifiable reputation as someone who knows everything there is to know about food, how it should taste and how it should be cooked. He is very serious-minded about cooking and his masterly performances on MasterChef have created a wide and admiring fan base. 'MasterChef shows cooking as it should be and it's very good at showing the passion and skills required in becoming a chef and you learn something about food'...

Our next newsletter is going out next week!

Find out how our scholars cook with truffles, why classic skills are important to learn and get tips and advice for finishing off your application.