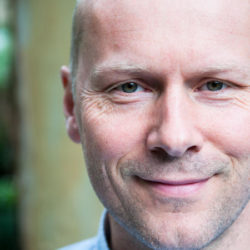 Architect and Biomimicry and Sustainability Expert

Michael established the architecture firm Exploration in 2007 to focus on environmentally sustainable projects that take their inspiration from nature. Prior to setting up the company, Michael was central to the team that radically re-invented horticultural architecture for the Eden Project.

Michael Pawlyn is a passionate advocate of, and keynote speaker on biomimicry and sustainable architecture.

Michael believes there are substantial gains to be made by learning about how the natural world works and in 2007 established Exploration to focus exclusively on environmentally sustainable projects that take their inspiration from nature. In 2008 Exploration was short-listed for the Young Architect of the Year Award and the internationally renowned Buckminster Fuller Challenge.

Michael was one of the lead architects on the Eden Project and in 2011 became one of only a small handful of architects to have a talk posted on TED.com. His work includes a carbon neutral method for regenerating waste, and the revolutionary Sarah Forest Project which mimics the Namibian fog-basking beetle’s ability to create its own fresh water. The impacts of this project have the potential to reverse the process of desertification in deserts while generating large amounts of renewable solar energy.

Michael has lectured widely on the subject of sustainable design in the UK and abroad and has delivered talks at the Royal Society of Arts with Ray Anderson, CEO of Interface, as well as at Google’s annual ‘Zeitgeist’ conference. Michael is also a member of The Edge, the environmental think tank. 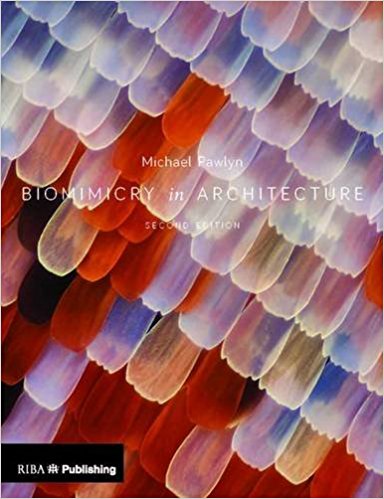 Aimed at architects, urban designers and product designers, this new edition of Biomimicry in Architecture looks to the natural world to achieve radical increases in resource efficiency. Packed with case studies predicting future trends, this edition also contains updated and expanded chapters on structures, materials, waste, water, thermal control and energy, as well as an all-new chapter on light. An amazing sourcebook of extraordinary design solutions, Biomimicry in Architecture is a must-read for anyone preparing for the challenges of building a sustainable and restorative future.

The global temperature anomaly for every single month since 1880 updated to end of 2021.

🔊Our latest episode welcomes author + integrator @JeremyRLent - described by @GeorgeMonbiot as “one of the greatest thinkers of our age”
👂https://t.co/All0D1tHMt
🌱Jointly conceived + co-presented by @michaelpawlyn + @sarah_ichioka
🌟Podcast supported by @InterfaceInc

The true power of regeneration and ecological design 🌱
On our Ecological course we show The Baima Canal in Fuzhou, China. A raw sewage waste polluted canal, that was turned into a thriving walkway with blooming plants, free from odour and clean water!

Hypercapitalism is killing us. The world's 10 richest men have *doubled* their wealth during this pandemic - while 99% of people have seen incomes fall. A one-off 99% tax on these 10 men's pandemic windfalls could fund vaccines for the world says @oxfam. https://t.co/mCGpwJHYqY

This is a wasteful and needless practice, so please help us get this in front of government ministers 🙏 https://t.co/hKV9fEilmd