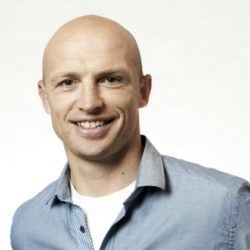 Most capped England Rugby Scrum Half in history

Part of the England squad that took the country to victory in the 2003 World Cup, Matt is an institution in the world of rugby. He is immediately recognisable as team captain on BBC's 'A Question of Sport' as well as a rugby commentator for the BBC and Radio 5 Live.

Matt Dawson is the most capped England scrum half in history. As an integral member of the England squad that took the country to victory in the 2003 World Cup, Matt is an institution in the world of rugby, winning 77 caps for his country, including nine as captain.

Regarded as one of the more outspoken players of the modern professional era, Matt is a familiar face on television. He is a rugby analyst for Radio 5 Live and has substantial experience in written journalism. He is instantly recognisable as the team captain opposite Phil Tufnell on ‘A Question of Sport’ and in 2006, he demonstrated his culinary skills taking part in, and winning BBC’s ‘Celebrity Masterchef’. He also put on his dancing shoes and was runner up in BBC’s primetime show, ‘Strictly Come Dancing’, which attracted over 12 million viewers per show.

The success he has achieved both on and off the rugby field and the insights he has gained along the way have taught him much about the importance of the right attitude, hard work and determination. 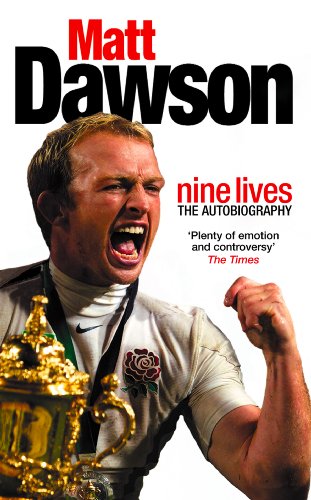 Following England’s Rugby World Cup 2003 success, Dawson provides a first-hand account of all the dressing room drama – including a troubled Jonny Wilkinson – and the memorable final itself, followed by the stunning reaction to this historic win back home. And in a new updated chapter for this paperback edition, he reveals how the World Champions have overcome the retirement of key players, reviews the 2004 Six Nations, and looks at his own future in the game. 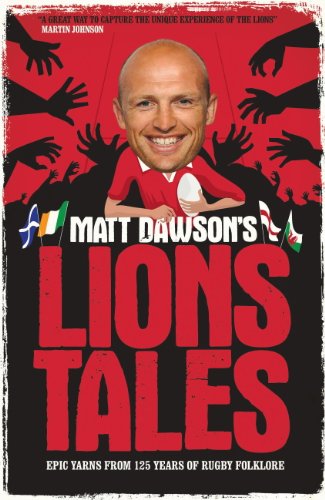 Matt Dawson's Lions Tales gives rugby fans a satisfying dose of wonderful Lions anecdotes, epic stories of triumph and despair, of camaraderie and controversy, and stirring examples of that special bond that only competing in the white heat of battle, halfway round the world, against the mighty All Blacks, Wallabies and Springboks, can engender.

Be gentle with me fellas!!

Looking forward to it @MartinBayfield I’ll bring the colouring in book so we can play….😉

Every 15 minutes somebody is diagnosed with bowel cancer in the UK. This April, for Bowel Cancer Awareness Month, I’m supporting @bowelcanceruk in raising awareness. Find out how you can too: https://t.co/4OAUyJCV5Y
#BowelCancerAwarenessMonth