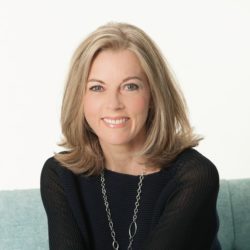 Mary is one of the UK's best known broadcasters and has been part of the ITV News presenting team since 2000. She has twice been named Newscaster of the Year by TRIC.

Mary Nightingale is an English newsreader and television presenter, best known for her roles within ITV presenting the Evening News. During her time at ITV News Mary has been involved in some of the UK’s biggest stories.

After studying English at London University, Mary worked for a few years as a Eurobond dealer, joining the City just as it was revolutionised by the so-called ‘Big Bang’ in 1986. She left the Square Mile to join Sir Keith Mills’ team at Airmiles, helping to launch what was then a revolutionary sales promotion concept to the British Public.

In 1990 Mary had her first taste of television, when she was invited to screen test for a popular daily programme on TV Tokyo: World Business Satellite. She got the job, and spent the next 5 years reporting the main financial news from Europe – combining her writing skills with valuable city experience. She covered many high profile stories during that time, including the toppling of Margaret Thatcher, and the release of Nelson Mandela.

She first broadcasted to a UK audience in January 1993, when Carlton succeeded Thames Television in the London region; initially presenting the late night bulletin on London Tonight, and then joining Alastair Stewart as main co-presenter in 1996.

During that time Mary also worked as a newsreader on BBC Radio Five Live, presented for Reuters Financial TV, reported for BBC Ski-Sunday, and fronted the ITV Rugby World Cup from South Africa – one of the first women to present such a high profile sports event.

Mary took a break from News in 1999, when she landed what was often called “the best job in television” – hosting the hugely popular ITV travel show “Wish you were Here…” . During her travels Mary crossed the Atlantic on the QE2 and Concorde, learnt to scuba dive, and herded cattle by horseback on a ranch in Arizona. She also saw more golden beaches and cruise ships than she can possibly remember!

But after 2 years globe-trotting she missed the buzz of the newsroom, and in 2000 was tempted back, joining ITV for the re-launch of the Evening News, initially with Dermot Murnaghan, then Mark Austin, and, for the past five years, with her original co-presenter and friend Alastair Stewart. The programme won three RTS Awards during that time.

Mary is now sole Anchor for the programme which continues to grow audience numbers and win awards. She has broken the news of the death of the Queen Mother, coverage which was later nominated for a BAFTA. She was one of the first to interview Kate and Gerry McCann after the disappearance of their daughter Madeleine in Portugal.

“Mary was absolutely wonderful, what a lovely lady and so accommodating. We would love to work with her again in the future.”

Important to continually check ministers when they say - as Raab has this morning - that Sue Gray is “impartial”.

She’s known for her independent streak, but she is a civil servant who ultimately answers to the Prime Minister. This is not an independent inquiry.

Another extraordinary scoop by @PaulBrandITV

#happybirthdayUma Hope you have a fabulous day - despite Covid ruining any party plans. Mary x

Insight into how @PaulBrandITV broke this story - and analysis from @itvpeston on the aftermath.