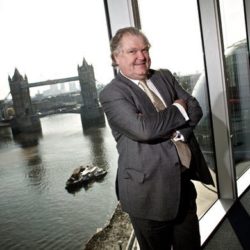 Digby appears regularly on television, radio and in the newspapers, being known for his firm views on numerous aspects of life in a globalised economy. He is an active public speaker fulfilling his vision of promoting socially inclusive wealth creation and championing the UK’s role in the world as a home of global competitiveness.

Considered as one of the world’s most acclaimed business commentators, Lord Digby Jones is a gifted orator with the ability to communicate to a wide variety of audiences. Sharing the stage with some of the world’s leading politicians and entrepreneurs.

Digby was born into business. Some of his earliest memories are of life in a busy corner shop where he lived with his mother, father and older sister. It was here he learnt the first rudiments of business – important values that were never to leave him.

The young Digby showed early promise. He attended Alvechurch Primary School winning a scholarship to Bromsgrove School, a Public School for Boys. Digby was a keen sportsman playing rugby and hockey for the school and ultimately becoming Head Boy. Ambitious and full of life, he wasn’t averse to the occasional prank, but this cost him dearly a few days before he was due to leave school when he was expelled for “streaking around the quadrangle” for a bet.

During three years with the Royal Navy, Digby learnt about leadership, teamwork and the importance of constant communication.

His graduation from University College London was followed by twenty years with Edge & Ellison, a Birmingham-based firm of lawyers, where he worked his way up from Articled Clerk to Senior Partner. During these years he was intimately involved in all aspects of business from running the firm “as a business” to recruiting and managing several hundred employees. It was here that he developed a vision of business and its role in society, and began to believe firmly in socially inclusive wealth creation.

In 2000 he joined the CBI and was able to put some of these ideas into action. During his six and a half years as Director General he became known in the public arena for his candid, forthright attitude in his many media appearances.

Digby campaigned relentlessly on a range of issues including the move from traditional manufacturing of commodities to value-added, innovative products and services. He also lobbied against protectionism protesting that “it is a scourge which may well find short term popularity but inhibits growth, reduces wealth and oppresses the weak”.

In 2005 he was knighted for his services to business and became Sir Digby Jones in the Queen’s New Years Honours List.

When he left the CBI in 2006 he spent the next twelve months in the private sector as adviser to Deloitte and Barclays Capital, holding a variety of non-executive board roles, and was the unpaid UK Skills Envoy. In this role he became outraged about the levels of adult illiteracy and innumeracy in the UK, and made the point that we cannot hope to have a safer and healthier society if people lack self-respect or aspiration.

In July 2007 he was appointed Minister of State for UK Trade and Investment, becoming a life peer and taking the title, Digby, Lord Jones of Birmingham. Forthright and loyal to British business, he spent the next fifteen months “doing it in a different way”. He did not join the party of government and without the ambition to progress in politics he concentrated on the business of promoting Britain across the world, travelling to 31 countries in 45 overseas visits.

Digby advises in a number of other paid and unpaid roles, fulfilling his vision of promoting socially inclusive wealth creation. He travels regularly across the UK and overseas, running his own business.

His fulfilment is complete when Leicester Tigers and Aston Villa win their matches.

“What can I say: I am a fan. You are informative, personable, entertaining and have a tremendous sense of humor. You captivated the audience here in New York. I received many compliments on your speech, your delivery and your charm.”

“He did a superb job with regard to his presentation, as always, and I appreciated the way he involved himself with delegates afterwards. He made a major contribution to the success of the event.” 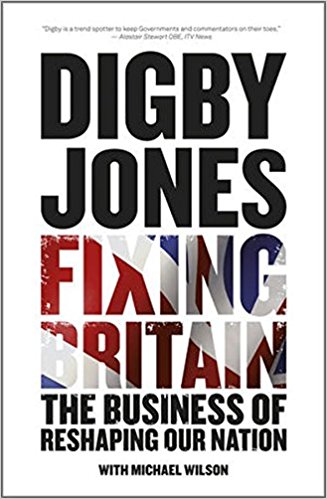 Fixing Britain: The Business of Reshaping Our Nation

This is the explosive, first book from ‘the face of British business’, Lord Digby Jones. With a renowned, no-nonsense, straight-talking approach, he is one of the world's most acclaimed business commentators. In his candid and forthright style Fixing Britain puts the spotlight on critical national and international business issues and lays out the essential reform urgently needed for the growth of our nation. Knowledgeable, authoritative and independent, Digby highlights how untenable the status quo is in the UK, and sets out how Britain can get back in--and stay in--the globalised race... 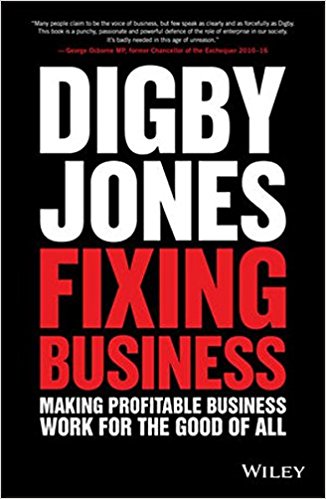 Fixing Business: Making Profitable Business Work for The Good of All

With society at a crossroads, Fixing Business: Making Profitable Business Work for the Good of All is an optimistic call to action for business leaders and decision makers everywhere. In it, Lord Digby Jones ‘The Face of British Business’, shows us why profit isn't a dirty word but an important part of socially inclusive wealth creation to improve every aspect of our society...

Well, well, well, it looks like the dream team of @MastermindQuiz's @CliveMyrieBBC, @Digbylj and yours truly are back together at last for what promises to be one hell of a #bbcpapers. Live now and at 11:30.

Are you ready? You know it makes sense! https://t.co/bcoTEhoPqi

Alex Scott, please don’t play the working class card. You are worthy of much better than that! I admire & often publicly praise the adversity you faced & defeated to achieve all the success you deserve. Not sounding a g at the end of a word is wrong; period. It’s not a question

Enough! I can’t stand it anymore! Alex Scott spoils a good presentational job on the BBC Olympics Team with her very noticeable inability to pronounce her ‘g’s at the end of a word.Competitors are NOT taking part, Alex, in the fencin, rowin, boxin, kayakin, weightliftin & swimmin

A Judge orders Google to remove false allegations against alecturer from its Blogspot website. But the Judge doesn’t know who put them there! Facebook et al carry sewage every day. Surely it’s time for no-one to be allowed to post anything anywhere without providing the platforms