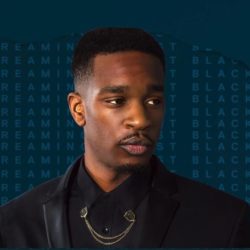 LionHeart is a Spoken Word Artist writing for those with 'walls for windows'. Drawing on personal experiences and observations, LionHeart is heralded as one of the most passionate poetry performers of his generation.

Born Rhael Cape, but known to many as LionHeart, he is an award winning Spoken Word Artist, raised in North West London.

LionHeart has appeared on the BBC to discuss poetry, performed for Sky1’s ‘What’s Up TV’, has supported Music Of Black Origins Winner Akala’s ‘Richard II’ Tour, in addition to performing for 1500+ executives in corporate shows, and numerous shows throughout the UK. With his incessant desire to be heard and amplify the voices of others, Lion Heart is destined for a great future, one that’ll impact the lives of those he interacts with.

His inspiring oratory talents have also gained recognition from the likes of Emeli Sande, Floacist (Floetry), The Voice and more, in addition to being commissioned by the British Library for Shakespeare’s 400th birthday, Gillette, leading pharmaceutical companies worldwide and Lloyds.

Aside from his life as a performer, LionHeart is also the Co-Founder of the UK’s most innovative social debate night, SubjectivityUK, which prides itself on ‘Making Room For Wider Conversation’ in London, Birmingham and New York City. Founded by LionHeart and Charles Rare ‘JustCharles’ in 2014, SubjectivityUK is a growing community of people who want to listen and be heard, providing a platform to represent those who may differ in perspective but can still be respected. It’s a place where individuals can not only find answers but provide questions that make people think differently. For social entrepreneurs LionHeart and JustCharles the overall aim is pioneering communication for the next generation, one city at a time.

Your boy got a rammed show!!!