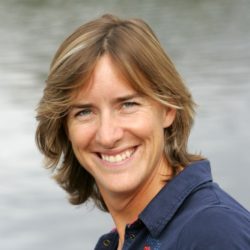 With Olympic silver at Rio 2016, gold at London 2012 to add to her silver medals from Sydney, Athens, and Beijing, as well as six world championships titles in her collection, Katherine is the first British woman to win medals at five successive games.

Katherine Grainger is Britain’s most successful international female rower. In 2012 she won the Olympic gold with Anna Watkins in the double scull, breaking the Olympic Record in the process.

Katherine is the only British female athlete from any sport to win medals in four consecutive Olympic Games.

Her international rowing career took off in 1997 when, still a student, she became Under-23 World Champion setting a new world record. In the same year she was invited to join the GB Rowing Squad and won her first senior medal at that year’s world championships. Since then she has been world champion six times. Uniquely in the UK, she has won world championship medals in all available boat classes: the single, pair, double, quad and eight.

Katherine received her law degree from Edinburgh University and then went on to complete a Masters in Medical Law and Medical Ethics at Glasgow University. She also has a PhD in criminal law from King’s College, London.

Katherine was named ‘Dame Katherine Grainger’ in the 2017 New Year’s Honours List for services to rowing and charity.

“Katherine was one of the very best speakers I have ever heard speak, friendly to all my people and our clients, genuinely interested in other people’s eyes, incredibly authentic. People were made to feel very special in the presence of a true sporting superstar. I was completely blown away by her, and that rarely happens believe me!
She has made people think about their lives completely differently and the memory of her words will resonate with me for a very long time.”

“Katherine’s ability to engage and thrill both a young audience during the daytime and a wider public audience in the evening with her warm style and charisma was marvellous. Her willingness to spend time answering questions, having her photo taken and sharing her gold medal with the audiences was terrific.
Katherine is an excellent speaker, a true ambassador for sport and a role model – not just for young people but for all.” 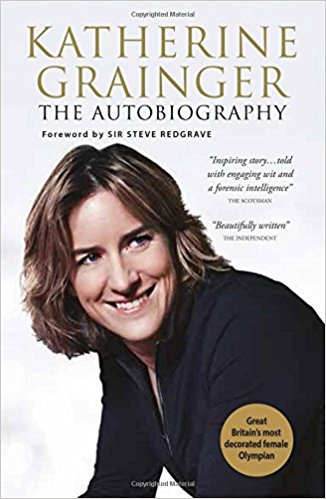 Three times an Olympic silver medallist, she could finally hang up her oars as an Olympic champion to add to her six World Championships and eight World Cup gold medals - but she didn't. Katherine's story is a remarkable one - proof that nice people can be winners and dedication and hard work pay off...

Dreams Do Come True: The Autobiography

Katherine Grainger: Dreams Do Come True tells the inspirational story of one of Britain's golden girls from London 2012. Great Britain's finest woman rower had one final career target to achieve and, on 3 August 2012, on the water at Eton Dorney, she - and Anna Watkins - beat three other pairs and London 2012 Olympic Games women's Double Sculls gold medals were theirs. At the age of 36, and after winning silver medals in 2000, 2004 and 2008, Katherine Grainger could finally call herself an Olympic champion. This gold medal was added to her six world championship golds and eight in the World Cup...