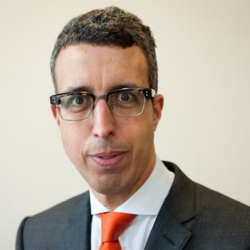 Journalist and Editorial Director at the BBC

Kamal leads the BBC’s on air economics coverage and makes regular appearances on the Today programme, the Six and Ten O’clock news bulletins, Newsnight and various documentary programmes across television and radio. His blog is widely read online.

Kamal Ahmed is the Editorial Director of the BBC. Prior to this he previously replaced Robert Peston as Business Editor in one of the most high-profile news roles in the country.

Kamal started his career working for The Guardian as Royal Correspondent, later becoming Media Correspondent and then Media Editor. Between 2000 and 2004 he was Political Editor of The Observer covering Tony Blair’s government and the lead up to the Iraq war.

Whilst at The Observer Kamal became the Executive Editor, News, responsible for the news section of the paper. He was a member of the team that developed and re-launched The Observer as a mid-size full colour Sunday, a development that won Newspaper of the Year at the British Press Awards in 2005, the highest award for any newspaper.

Between 2007 and 2009 Kamal was Group Director, Communications, at the Equality and Human Rights Commission, the regulator charged with upholding and enforcing equality and human rights legislation in Britain.

In 2009 Kamal joined the Telegraph Media Group as Business Editor of The Sunday Telegraph before leaving to join the BBC. Here he led the editorial team delivering The Telegraph’s annual Festival of Business, a celebration of medium and smaller sized businesses in the UK.

Kamal is a highly experienced facilitator and speakers, reviewing key events in the worlds of business and economics. He is a regular speaker at Media Trust’s events, where he is an industry mentor committed to increasing diversity in the media.

@mummymeg @bbckamal Thanks for sharing @mummymeg please can I borrow this book? It sounds like one we should all read x

Thank you for the kind words about my book, Meghan . I hope you enjoyed it.

And today the Yamaha Corporation issued a warning for people not to try and squeeze inside musical instrument cases...https://t.co/DBp4g0914X https://t.co/ivnNNsAKkh

Quite a push back on Huawei and US pressure over security. “The British public deserve to have access to the best possible technology. They [the US] have to tell us what is the alternative.” @BorisJohnson @BBCBreakfast