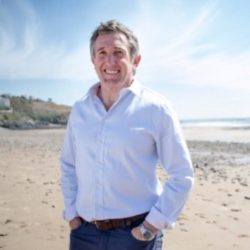 A natural communicator, Jonathan is a much loved sports broadcaster and employs his warmth and humour to share with business the incredible journey that he has experienced both inside and outside of sport.

Jonathan Davies is regarded as one of the all-time greats in both rugby union and rugby league.

The young Davies made his name at club level with Neath and Llanelli before taking the revered Welsh No.10 jersey for his international debut against England in 1985. His try and drop goal in Wales’ 24-15 win that day marked the start of a career in top level rugby that took him around the world – and in an even greater move – across codes to rugby league. In league, Davies represented Widnes, Warrington and Great Britain and was twice voted rugby league’s players player of the year.

Upon retiring from rugby Jonathan moved into television and radio work, and has built his second career as a popular sports broadcaster. From the influences that have shaped his overwhelming determination to succeed, to the way in which he handled the enormous pressures when he took the huge step of changing rugby codes, Jonathan’s message will resonate with audiences who are managing change, who need to perform under pressure and who believe in having the right mental attitude in order to win.

“Just a quick note to thank you for your fantastic presentation earlier this week. The content was delivered so well and with relevance to the message we wanted to convey about “upping the game”. You made a huge impression on all and the feedback the following day was – this was the best talk people had ever received.”

“Jonathan was an excellent guest at our table. Friendly, enthusiastic and was kind in sharing his time with the other guests.
Everyone mentioned he was really approachable and he was funny on his feet as well. I personally thought he did a great job all round on the day.” 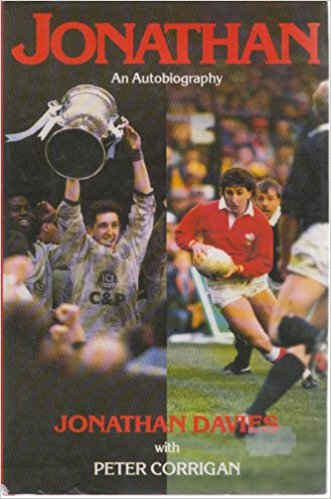 Jonathan Davies did not have an easy start in Rugby, he was constantly written off as too small and too delicate for rugby and he was 19 before Neath gave him his chance. He was an immediate success but suffered a knee injury that knocked him out of the game for 2 years. At 21 he began a comeback that took him to Welsh team and to glory. He became Captain of Wales and was rated the world's best outside-half but then he caused a sensation by deciding to renounce Rugby Union and become a Rugby League professional with Widnes for a world-record fee of close on #200,000...

Good luck to our partners @WiganWarriorsRL in tomorrows Betfred Challenge Cup Final. We're sure their "spirit" will win through on the day

WOW. What a line-up!

You are in good company.