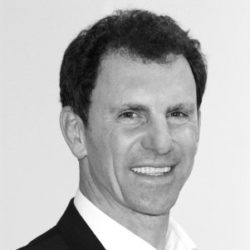 John has a unique blend of experience in creating and leading high performing teams, which he developed as a professional sports coach and Chief Executive in the private, public, and not for profit sectors.

John began his career in the army, trained at the prestigious Royal Military Academy Sandhurst. Here, he learnt the essentials for strong effective leadership and soon developed a distinguished style of his own.

He left the army to pursue a career as a professional rugby player, and like most things John puts his hand to, he achieved great success, playing in over 400 first class games, including matches against Australia, New Zealand and South Africa. On retirement John turned to coaching, successfully leading Northampton Saints to become European Champions in 2000; their first major cup win.

Following the clubs victory, John became Executive Director on the Saints Board during a period of unprecedented off-field growth, including a share issue and stadium development. His experience in Rugby Union also saw him serve on the England Rugby Board during the successful World Cup campaign of 2003. He was also appointed as CEO of the Rugby Football Union.

In 2005 John became Chief Executive for UK Sport. A post which he held for six years leading the organisation through a remarkable period of successful change through Beijing and into the record breaking London 2012 Olympics. Post-London 2012, with the Nation’s focus on sporting successes and “inspiring a generation”, John became Group Chief Executive of the Youth Sport Trust.

Building on his lifelong passions of leadership and sport, John founded Unforgiving Minute, a niche consultancy with unique leadership development expertise from high-performance sport. At present John is also leading an ambitious change programme as Executive Director of Sport at Loughborough University.