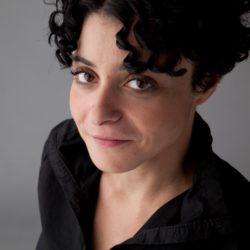 Jenny specialises in hunting down and telling unique stories. She has fronted a number of films for Channel 4’s foreign affairs documentary series Unreported World and has reported for BBC One’s The One Show, Channel 4’s Dispatches, and reviews the newspapers on Sky News and BBC News Channel.

Jenny is an award-winning journalist and documentary maker, specialising in hunting down and telling unique stories.

Jenny has fronted a number of films for Channel 4’s foreign affairs documentary series Unreported World. Covering stories from across the globe; from the depths of the Amazon rainforest to Afghanistan, via Liberia, Cambodia, Nigeria and Honduras. She has covered subjects as diverse as human trafficking, Afghan film-making, nightclub raids in Mumbai, overpopulation in Manila and lobster diving in the Caribbean.

Back on home turf, Jenny has reported for BBC One’s The One Show and Channel 4’s Dispatches, reviewing the newspapers on Sky News and BBC News Channel.

She has also written extensively for The Guardian, The Sunday Times, New Statesman, The Observer and Vice Magazine. Her features have been republished across the world, from the South China Morning Post to the New Zealand Herald.

Jenny won the One World Media Television Award in 2011 for ‘Manila: The City with Too Many People’, and was Shortlisted for the Amnesty International Gaby Radio Journalism Award in 2012.

“Jenny Kleeman gets thoroughly involved as usual – marching bravely into places, spending the night with a family in a precarious shanty town, doing proper journalism … I wonder if Kleeman ever goes on a spa break, or a beach holiday. I hope so”

On the day when Operation Red Meat turned to Dead Meat, I’m taking a look through tomorrow’s papers on the BBC News channel at 10.30 and 11.30. Join me. (Unless you are the prime minister, in which case you may want to look away.) #BBCPapers

No Tory government has been brought down by somebody who wasn't Dominic Cummings since 1997.

Now *this* is an explainer.