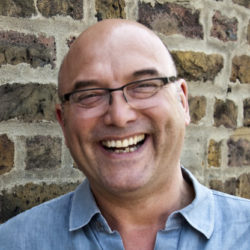 One of the UK’s most popular TV Presenters, Gregg is best known for co-presenting the nation’s much-loved TV shows MasterChef, Celebrity MasterChef and MasterChef: The Professionals on BBC One and BBC Two.

A high-profile presenter on UK TV, Gregg came to prominence as the co-host of MasterChef, Celebrity Masterchef and Masterchef: The Professionals alongside John Torode. The show has versions in over 25 countries, earning its reputation as the world’s biggest food programme.

Gregg began his career as a greengrocer at Covent Garden Fruit and Veg Market and in 1989 he started George Allan’s Greengrocers, a company that built up to an eventual turnover of £7.5 million and boasted over 500 restaurant clients.

Based on his business success, he was invited to co-present Veg Talk on BBC Radio 4 with Charlie Hicks, which lasted for seven years. In 2002, he was the original presenter of Saturday Kitchen, a show he still features on to this day. Other food-related TV projects include: Eat Well for Less, Inside the Factory, Turn back Time, Harvest and Supermarket Secret.

Along with various food and cookery shows Gregg has appeared on everything from Who Do You Think You Are? to 8 Out Of 10 Cats and also had a stab at Strictly Come Dancing in 2014. Away from the media, Gregg formerly owned a restaurant and was also Managing Director of an online farm shop and distributor of home grown produce to the public and restaurants. He also regularly writes for Good Food and Olive magazine.

“We were delighted with Gregg’s presentation. His style, humour and content was spot on. All the delegates really enjoyed having the opportunity to meet him and the client felt he gave 110%.” 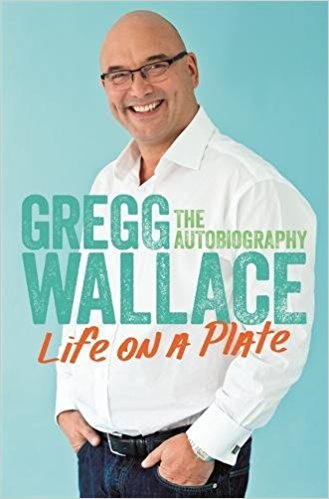 Life on a Plate: The Autobiography

Gregg Wallace, star presenter of BBC's MasterChef, restaurateur and expert on all things pudding, shares his story for the first time. After leaving school at 14, he started his career as a greengrocer at the New Covent Garden market and went on to create his multi-million pound fruit and veg business a decade later. A star slot on BBC VEG TALK, an award-winning television programme followed and in 2005, the chance to front MasterChef, a show that has drawn in over 4.5 million viewers and produced some of the nation's best up-and-coming chefs... 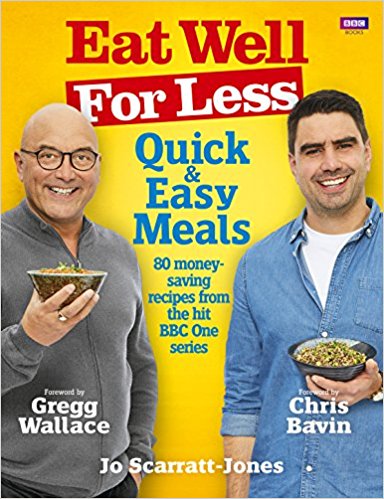 Do you find yourself spending too much time at the supermarket and in the kitchen? Are you looking for fresh ideas to liven up your menus without breaking the bank? Eat Well for Less: Quick and Easy Meals has 80 simple, tasty recipes for the time-pressed cook. Whip up a quick weeknight dinner like Spiced Cod Burgers or Chicken Katsu Curry, or treat your family to a delicious dessert like Coconut & Carrot Macaroons...

Are you a dog lover with time on your hands? ✔️
Then why not volunteer as a puppy raiser for @guidedogs Yes, it really is a thing!
So what are you waiting for? The puppies are ready and waiting for you… 🐶

Please tune in to @BBCOne this Sunday at 1.50 pm to hear about the vital work @mssocietyuk do to support everyone affected by MS

What an incredible LifeWise session we had this afternoon for our group of young people aged 15+ with learning disabilities. Joined by @GreggAWallace and his lovely wife Anna, showing us how to make flat bread. We learnt some new Makaton signs and got to ask Gregg questions.

When you are little, an exciting rite of passage is to dream about what you’ll be when you grow up. I wanted to join the navy! It’s great that @guidedogs is supporting and empowering children with a vision impairment to make their dreams a reality.