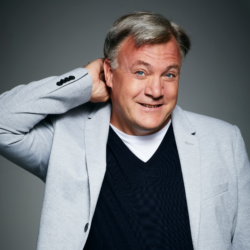 Ed served as an MP from 2005 to 2015, at one stage serving as the Chief Economic Advisor to the treasury and UK shadow Chancellor of the Exchequer. He is now a senior fellow at Harvard University and a visiting professor to the policy institution at King’s College London.

Ed was UK Shadow Chancellor of the Exchequer 2011-2015 and served in the UK Cabinet as Secretary of State for Children, Schools and Families 2007-2010. He was the UK Minister for Financial Services 2006-2007 and the Chief Economic Adviser to the UK Treasury 1997-2004 during which time he was Chair of the IMFC Deputies and UK G20 Deputy.

Ed studied economics and philosophy at Keble College, Oxford, and economics and politics (MPA) at the John F Kennedy School of Government, Harvard. Ed was a teaching fellow in the Department of Economics, Harvard from 1988 to 1990 and a leader writer and columnist at the Financial Times from 1990 to 1994 where he was the Wincott Young Financial Journalist of the Year. He has also written regularly for the Guardian, New Statesman and Tribune and co-authored a number of books, papers, articles and pamphlets.

Ed’s popular BBC TV series ‘Travels in Trumpland: with Ed Balls’ was broadcast in July 2018 and a second series ‘Travels in Euroland with Ed Balls’ will air on BBC 2 early 2020. Ed has also presented the BBC TV series ‘What Britain Buys And Sells In A Day’ with Ade Adepitan and Cherry Healey which broadcast in October 2019 and offered expert political analysis alongside George Osbourne for the ITV election night coverage for 2017 and 2019 general elections.

He has also appeared in a number of other television programmes including being a contestant on Strictly Come Dancing 2016, competing in Sport Relief Celebrity Bake-off, being a guest chair on Have I Got New for You, and has made guest appearances on Would I Lie to You, Insert Name Here, The Michael McIntyre Show and QI. He is also a regular guest on This Week, Peston on Sunday. In February 2019, Ed climbed Kilimanjaro with eight other well-known climbers, raising over £2m for Comic Relief. 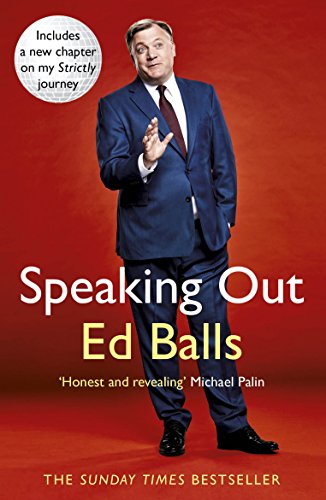 Speaking Out: Lessons in Life and Politics

Speaking Out is a record of a life in politics, but also much more. It is about how power can be used for good, and the lessons to be learned when things go wrong. It is about the mechanics of Westminster, and of government. It is about facing up to your fears and misgivings, and tackling your limitations – on stages public and private. It is about the mistakes made, change delivered and personalities encountered over the course of two decades at the frontline of British politics. It is a unique window into a rarely seen world. Most importantly, it sets out what politics is about, and why it matters.

This looks fabulous if you're near to London N16 this weekend..

Off the deep end today - my choir conducting debut (I thought I was just observing).. but @nic_chalmers is a great teacher, @jemanners v encouraging and, of course, the @bbcsingers are sublimely good - they'd have been brilliant whatever I did. Handel done, now on to Howells..

Great to welcome @edballs to the studio to work with @nic_chalmers and @BBCSingers ahead of a project together this autumn.

I too have been producing videos of (mostly) Ukrainian dishes for my YouTube channel. Please do have a look, share and subscribe It's free https://t.co/SWx9hYNcOo And if you can - please support my video project and my activism work https://t.co/moR1fGRJnQ #TheFoodThatMakesUs