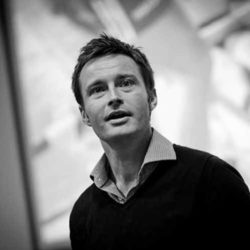 Steve was integral to the development of Britain into an Olympic superpower, leading a team of 200 scientists at the English Institute of Sport. Steve has provided support to over 1000 athletes, including Jessica Ennis-Hill, Steve Redgrave, Matthew Pinsent and Kelly Sotherton.

Steve is one of the UK’s leading figures in sport and one of the world’s leading performance scientists. He is steeped in high performance and has been integral to the development of Britain into an Olympic superpower.

He has provided support to over 1,000 athletes, of which over 200 have achieved World or Olympic medal success, including some of the world’s greatest athletes such as Dame Jessica Ennis-Hill, Sir Steve Redgrave and Sir Matthew Pinsent. Steve has coached Kelly Sotherton’s running for heptathlon and to 4x400m Olympic winning success.

Steve has gained high performance insight working at the British Olympic Association from 1998 to 2004, where he was Senior Sports Physiologist and Sports Science Manager. He also worked with the English Institute of Sports, from 2004 to 2016, where he was Head of Physiology and latterly the Director of Science and Technical Development, leading a team of 200 scientists in support of Team GB and Paralympics GB. Steve is Director and founder of the Supporting Champions performance consultancy. He holds a BSc, PhD and is a fellow of the British Association of Sports and Exercise Sciences.

Recently, Steve has been speaking and facilitating for sports clubs and business across the UK and US. The talks are focused on ‘Turning Pressure into Performance’, ‘Sustaining High Performance’ and ‘High Performance Teams’, to support executives who need high performance MOT (sleep, nutrition and fitness). Steve has also been developing sleep strategies for CEO’s of global billion dollar companies, who are now reaping the benefits of his work.

Steve is the author of best-selling book, ‘How to Support a Champion: the art of applying science to the elite athlete’, which discusses the importance of learning and adapting to reach our maximum potential.

“There are very few people that I would consider an insider to our efforts to win at successive Olympics but Steve was one of them – utterly professional but with a lightness of touch and a sense of humour that made him instantly likeable and one to trust.”

“Throughout my career, Steve has provided me with a way of making science ideas useful for my preparation and performance. If science can be applied to the complex world of heptathlon, it can probably be applied to anything – Steve shows you how”

“Steve was a fantastic motivational speaker. Not only has he got a fantastic story to tell but he does this in a very engaging and thought provoking way. He holds the attention of the audience immediately using great footage and some fun practical elements!” 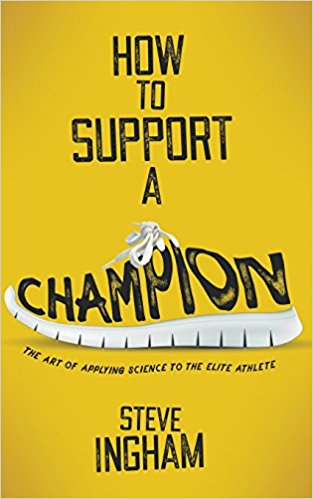 How to Support a Champion: The art of applying science to the elite athlete

In this book Ingham draws on the lessons learned from a career in the intense, unforgiving rollercoaster of elite sport; helping, supporting and developing some of the best athletes in the world, including Sir Steve Redgrave, Sir Matthew Pinsent, Hayley Tullett, Kelly Sotherton, and Jessica Ennis-Hill as they pursue their goals. His journey shows that all the knowledge in the world will get you only so far, but it is with trust, team-work, critical thinking, adaptability, accountability and altruism that you can truly support a champion...

The Queen was offered an easing of restrictions for Prince Philip’s funeral. She declined.

...to learn what it takes to develop your career as an applied professional sports scientist

That's all folks... The last episode of Marathon Talk is here!

Join us one last time as we discuss the latest news in running (and life!) and interview legend of running and the London Marathon, Dave Bedford.

Just chatting with @myelling, recording something for the 600th and final episode, and found this.

A few words between friends, that triggered over ten life-changing years.

What a journey ♥️

P.S. Sorry about my language, I was only a kid 😂