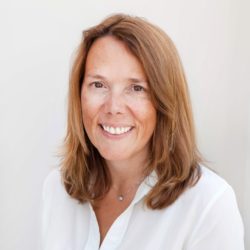 Diana has extensive experience in the retail sector, having joined Conviviality from Waitrose where she lead the growth of Waitrose stores and the creation of the ‘Little Waitrose’ convenience chain. Prior to Waitrose, Diana began her career at Sainsbury’s where she held numerous roles over 13 years, including leading investment programmes.

From an early age Diana had a clear passion for retail, she would often be found meandering the aisle of her grandfather’s department store in Darlington. It was therefore a natural fit when she joined the Sainsbury’s Graduate Programme in 1990 and since then Diana has gone on to climb the retail ladder, boasting some incredible successes.

Diana stayed at Sainsbury’s for thirteen years where she held a multitude of roles including heading up a senior manager transformation programme before eventually departing from the role of format development. She later made the switch to Waitrose in 2007, where she carved a reputation as an innovator in store development. Some of her major projects whilst there included; the launch of Little Waitrose, securing partnership with Shell for service station stores and the launch of its home offer in its Canary Wharf Store. Diana was also a key player in the development of John Lewis’ food hall.