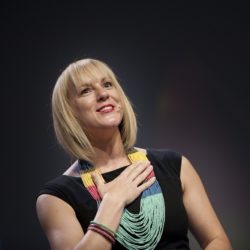 Debra is a unique and inspiring individual, having rowed solo across the Atlantic Ocean and winning Gold World Championship medals for GB. A formidable tour de force she has also launched four companies, presented over 40 programmes for the BBC, had two books published and was the youngest ever trustee of the Duke of Edinburgh’s Award.

At the age of 35, Debra Searle has achieved more than most people would dream of achieving in a lifetime, including a first class honours degree, the launch of two companies, won World Championship medals, presented on the BBC, has had two books published and has successfully rowed solo across the Atlantic Ocean. In 2002 her Majesty the Queen awarded Debra an MBE for her achievements.

Debra grew up in Devon attending Hazeldown Primary School followed by Stover School on the foothills of Dartmoor National Park.

After school Debra’s love of the outdoors led to her choosing to study a BEd in Physical Education, majoring in Outdoor Education. She graduated in 1997 with a first class honours degree and a whole string of instructor qualifications including Canoe and Kayak Instructor and Mountain Leader. Her lifetime ambition of becoming a Professional Adventurer was more alive than ever. She was later awarded an honorary Masters from De Montfort University.

Debra went on to gain a place in the Great Britain Dragon Boat Racing Team and spent much of 1998 and 1999 committed to intensive training for the European Championships in Rome, followed by the World Championships in Nottingham. The team came home with a collection of bronze, silver and gold medals.

Sadly Debra’s father died of Leukemia in between the two Championships. One of the most precious moments in Debra’s life was going up to receive her medals in Rome with her Mother and Father looking on during a break in his chemotherapy treatment. Her father’s death spurred Debra on to start to live out her dreams and the race to become a full time businesswoman and adventurer began.

Debra now lives with her husband, Tim, in Devon. They have a 2 year old little girl called Heidi and recently added to the family with the birth of baby Molly. Debra and twin sister Hayley are incredibly close and have been business partners since 2002.

“We provided feedback forms to all participants and asked for a rating between 1 (poor) and 5 (excellent). Debra scored a ‘5’ from every single respondent. This is unheard of!”

“I work with a very multicultural group (26 nationalities), this story resonates whatever your background. Debra was an inspirational story and a great role model particularly for women in our team.”

“You were authentic, genuine, real, and approachable. I felt like we were in a conversation vs being presented to. Perhaps the best I have ever experienced in an external speaker.” 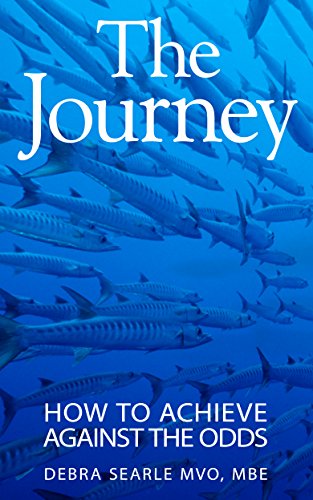 The Journey: How to Achieve Against the Odds

When Debra Searle and her former husband Andrew signed up to compete in a double-handed rowing race across the Atlantic Ocean they believed their combination of skills would see them victorious over their all-male competitors. This is Debra's account of that solo journey, in which she dramatically conveys the feelings of exhilaration, the emotional lows, the inner calm, the loneliness, and the final triumph. The Journey explores the techniques Debra used to remain motivated and determined to finish despite the odds being stacked against her. She occasionally draws parallels between the strategies she used at sea and those she now uses in her working life on dry land... 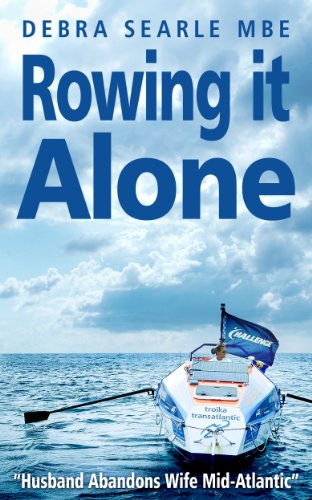 Rowing it Alone is Debra’s deeply personal account of her epic rowing adventure – both in terms of distance and emotional growth. She explores her motivation and the reserves of solid determination that literally kept her afloat in the face of physical dangers and emotional lows. She shares her moments of sheer peace and happiness, away from the bustle of modern living. Debra’s honesty and warm personality shine through in this inspiring story. She reveals how her achievement has affected her life – and marriage – and talks about how it feels to succeed against the odds...

Why attitude is the key to entrepreneurial success - My article for Elite Business thanks to @quickbooks https://t.co/pZyYXHKq17

Happy #IWD22 ! Here's a #breakthebias tip for you. When you experience or witness bias, give that person the gift of reflection. Help them make the unconscious, conscious by asking a simple question like, “Why do you say that?” For more tips follow my company @MIX_Diversity

I’m thrilled to be speaking at QuickBooks Connect on 10 March. Join me to hear how our mindset is the most valuable tool in building resilience. There are other amazing speakers, such as my fellow Plymothian @SteveBartlettSC. Register now at https://t.co/keHQFdR3yB.
#QBConnect

Having spent 10yrs working with Prince Philip as a Trustees of The Duke of Edinburgh’s Award I grew very fond of him. Over 8 million young people have taken part in DofE. What a legacy. If you would like to donate as a sign of condolence: https://t.co/WHHNUfCHrA #PrincePhilip

What's the difference between talking to your friend & talking to a trained therapist? This is the 2nd video in our series featuring our founder @dilw This #WorldMentalHealthDay show some love, some self-love. We're here for you. #WMHD2020 #therapyrocks