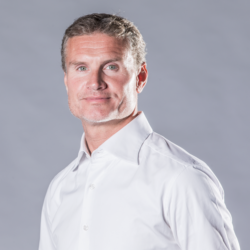 David enjoyed a long and spectacular career as a Formula One driver during which he drove for three of the most successful teams in the history of the sport - Williams, McLaren and Red Bull Racing.

Winner of 13 Grands Prix, including twice winner of both the British and Monaco Grands Prix, David achieved a remarkable 62 podium finishes during a stellar 15 year Formula One career which saw him race against world class competition including Michael Schumacher, Mike Hakkinen, Fernando Alonso and Lewis Hamilton.

As a founding member of the Red Bull Racing team in 2005, David brought the team its first podium finish in 2006 in Monaco, and was instrumental in developing it into a 4-times World Championship winning team in 2010-2013. When he stopped racing in F1 at the end of 2008 he held the record for being the highest points scoring British Formula One driver of all time.

Since retiring as an F1 driver at the end of 2008, David has continued working for Red Bull Racing, driving its cars in promotional events all over the world. He also remains as a brand ambassador for leading companies including Mercedes-Benz, UBS Bank, Red Bull, IWC, Cooper Tires, Transcal and Heineken.

He has established a successful second career as a world class broadcaster and commentator, initially with BBC Television and more recently at Channel 4, for which David’s production company ‘Whisper Films’ produces the television coverage of Formula One in the UK. Outside of Formula One, David has been a successful entrepreneur, investing in a range of successful businesses which have added to his reputation as being a winner on and off track. 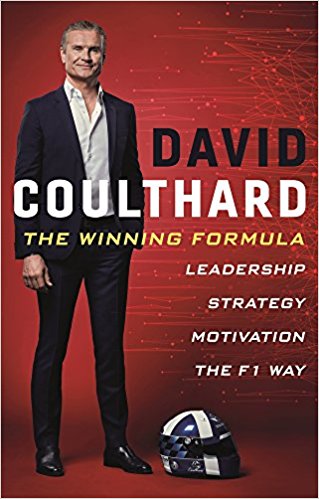 The Winning Formula: Leadership, Strategy and Motivation The F1 Way

In The Winning Formula, driver, commentator and entrepreneur David Coulthard opens the doors to the secretive world of F1 and reveals in simple, entertaining and utterly compelling terms how he has been able to master this mind-boggling variety of disciplines by applying the skills honed from his years at the top of the world's most demanding motorsport. 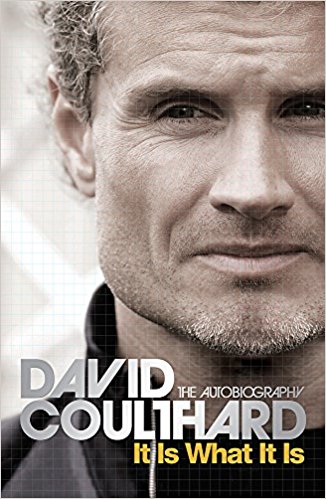 It Is What It Is: The Autobiography

From his quiet beginnings in rural Scotland to his multi-millionaire lifestyle in Monte Carlo, where he owns one of the most luxurious hotels in the principality, David Coulthard's life story is an extraordinary one. He got his breakthrough into Formula One in the tragic circumstances of Ayrton Senna's death in 1994, and quickly established himself as one of the best drivers on the circuit. From 1996-2004, he drove for McLaren, one of the leading teams throughout the entire period, before moving to Red Bull for 2005-07.

A little spin with the legend that is ⁦@Corkman_MC⁩

World class drivers, exciting cars, lots of banter and a snow and ice track on the frozen Baltic Sea. Ice cool ingredients for a fresh cocktail we can't get enough of. 🍸🥶

Here is a freebie, the red ones are Ferrari’s @C4F1 @WeAreWhisperTV @SteveJones @F1 https://t.co/yU8WSjxUWE

sometimes it takes missing a couple of #F1 races to reignite that love that one was taking for granted! ⁦@SteveJones⁩ ⁦@C4F1⁩ ⁦@WeAreWhisperTV⁩