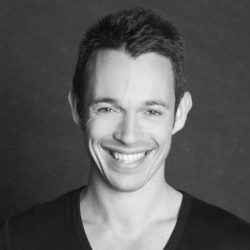 Charlie Cannon is a much sought after performance enhancement coach who has helped leaders, teams and global organisations build resilience thus enabling them not only to embrace change in an uncertain disruptive world, but able to sustain high levels of performance and thrive no matter what the world throws at them.

For the last fifteen years he has worked as a leadership development consultant and coach with some of the most well known brands in the world, including, HSBC, PepsiCo, Tesco, BP, Roche, EBay, Airbus, The Metropolitan Police, Deloitte, Allen & Overy, Mars, Unilever, Uber, Manchester City Football club, The Soho House Group, Santander, Marks & Spencer and Amazon.

Prior to working in business Charlie was a successful health and fitness coach, where at one point he was training an Oscar winning actor and actress. What he observed, was that most of his clients were busy, time poor, stressed and burnt out executives who wanted to increase their energy and manage stress better. This concerned him.

His passion for helping people build resilience stems from not just working with all these stressed out executives, but also his own story in not becoming the professional sportsman he had dreamed of being, due to struggling to be at his best when it counted. And, perhaps more tellingly, he knows first-hand what it takes to recover from a near death experience that left him hospitalised and his sister moments away from dying.

At 21 he was involved in a traumatic car accident with his sister who almost died. This incident eventually inspired his research into resilience and overcoming adversity.

“Charlie’s understanding of resilience and how it is applied to helping leaders and teams perform sustainably is unparalleled. We regularly see a shift in mindset with our leaders on how to perform under pressure after a session with Charlie.”