Ben enjoyed a highly successful rugby career; scoring 31 tries and earning 57 caps making him the third top try scorer of all time for England. Ben now campaigns to combat bullying and homophobia through The Ben Cohen StandUp Foundation. He is a natural raconteur and ideal after dinner speaker.

Born and raised in Northampton, Ben began his professional rugby career with the Northampton Saints and was part of England’s Rugby World Cup winning team in 2003, before successful years with France’s Brive and then the Sale Sharks.

Following the terrible events of his father’s death when he was fatally injured trying to protect an employee, Ben was moved to set up the StandUp Foundation in 2012. The Ben Cohen StandUp Foundation is the world’s first foundation dedicated to raising awareness of the long-term, damaging effects of bullying by connecting communities and raising funds to support those doing real-world work to eradicate bullying.

Ben now travels worldwide speaking to businesses about the importance of character, respect and equality in creating a kinder world. Ben has reached millions of people with his anti-bullying message through global media coverage: He has over 500,000 followers on social media. In the UK, he has worked with the Home Office, where he led the charge for a StandUp Charter to end homophobia across sports particularly in soccer, rugby and tennis.

He is also known for his media appearances on shows like Strictly Come Dancing and The Jump. 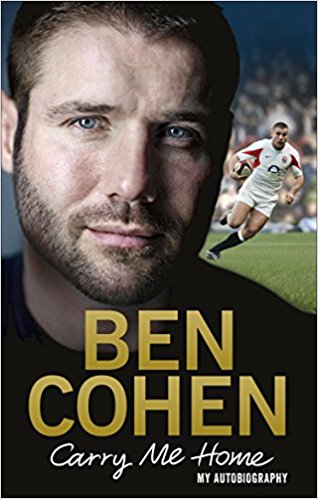 Carry Me Home: My Autobiography

Ben put all of the anger and pain from his father’s death into his rugby. Fast and powerful on the wing, he was soon the best in the world in his position and a cornerstone of the England team, culminating in the legendary World Cup win in Sydney in 2003. And yet he always felt like an outsider. Most people didn’t know that Ben is clinically deaf. His sixth sense for the game got him through on the pitch, but off it his poor hearing was often taken for arrogance. This is an inspirational story of passion and pain; of the highs of achieving your goals, and the grief of losing something you can never get back.