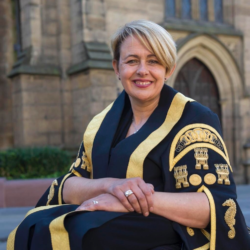 Paralympian, Peer in the House of Lords, Motivational Speaker and Broadcaster

Baroness Tanni Grey-Thompson is one of Britain’s greatest Paralympic athletes and an inspiration to disabled athletes, having amassed a remarkable medal haul over 16 years and five paralympics games of 11 gold, 4 silver and a bronze.

One of Britain’s greatest Paralympic athletes, Baroness Tanni Grey-Thompson is an inspiration to disabled athletes and is a highly sought after motivational speaker.

During her incredible sporting career Tanni amassed a remarkable medal haul of eleven golds, four silvers and a bronze. Breaking 30 World Records on the track and winning the London Wheelchair Marathon six times, Tanni was awarded the prestigious honor of DBE in 2005 for her considerable contributions to sport.

Since retiring Tanni has devoted herself to helping others and was subsequently made a life peer in 2010, conferred as Baroness Grey-Thompson of Eaglescliffe in the County of Durham. As a working peer, Tanni uses her experience and knowledge to discuss matters including Disability Rights, Welfare Reform, and of course, Sport.

Tanni has continued to be involved in sport and physical activity. She is a Board Member of the London Marathon, the SportsAid Foundation, the Duke of Edinburgh Awards, Join In and is the chairwoman of UKActive. In addition to this, she is also a Board Member of several organisations including Transport for London, the London Legacy Development Corporation, the London 2017 Organising Committee and is the Chancellor of Northumbria University.

Tanni is an exceptional public speaker with vast experience of delivering key messages to a wide range of audiences. She coaches and mentors in group and individual capacities, inspiring all with her discussions on motivation, diversity and going up against the odds to achieve your goals.

Tanni is also a passionate television and radio sports commentator. Her voice and insightful analysis is a key part of the coverage at a number of events including the London Marathon, World and European Championships, The Olympics and The Paralympic Games. 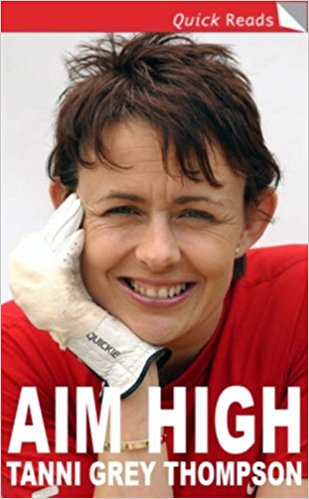 Aim High is an inspirational book written by the UK's leading wheelchair athlete, Dame Tanni Grey-Thompson. She has won 16 medals, eleven of which are gold, countless European titles, six London Marathons and over 30 world records have catapulted this Welsh wheelchair athlete so firmly into the public consciousness. Aim High reveals what has motivated her through her best and worst times. 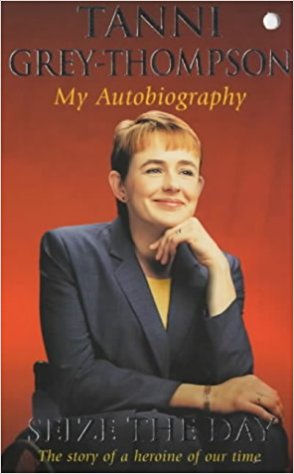 Seize the Day: My Autobiography

Tanni Grey-Thompson has performed at world-class level for the past thirteen years, in distances ranging from 100m to the marathon. Her 13 Paralympic medals, eight medal placings in the London Marathon and her comprehensive set of British and World Records make her achievements second to none in the disability sport arena. Here she talks candidly about her early life and ambitions, before offering a colourful account of her success in the four Paralympic Games in which she has been involved. Tanni talks incisively about disability sporting issues and reveals how she set about becoming a world-class athlete.

@Tanni_GT my daughter Millie Boo is desperately trying to help her disabled riding group move to their forever home. Could you please retweet my post? Millie Boo has cerebral palsy but NOTHING stops her https://t.co/bllBLZlTws

It’s the moment you’ve all been waiting for #StileCup2022

So what is it like to experience a disability hate crime & report it to the police?

The harassment escalated into him threatening to punch me, break Other Half's hands & kick Ava in the head 1/

"For such a major change to the law, safeguards are of the essence, not details for later consideration. The bill is, in effect, asking Parliament to sign a blank cheque...as legislators we deserve better."