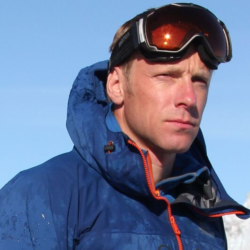 Andy is a real life action man. As an underwater explorer, deep-cave-diver, skydiver, climber and wingsuit pilot, Andy offers invaluable lessons on planning and problem solving under pressure – both personally and in business.

After 10 years in the British Forces Andy left to pursue a career in scientific exploration and film-making. To date Andy has presented on 19 TV series including BBC1, BBC2, CBBC, Discovery US and the History Channel. This has seen him free dive under the Alaskan ice, stand in the middle of a 700 degree fireball, climb a 12 storey glass building, swim with sharks, cave dive inside icebergs and present live on BBC1.

With his background as an ex-Bomb Disposal Officer, Paratrooper and Army Diver Andy uses his own life experiences and love for extreme sports to innovate and push the boundaries of what is possible. As part of a TV series called Beyond Bionic, Andy asked contacts within the UK Space Agency to personally build him a set of jet engines that would allow him to fall faster in a skydive. The project eventually led to Andy being involved as a test pilot with the UK’s Space sector in their development of prototype equipment.

As a keen Skydiver and Wing suiter Andy has made various films for TV in the name of science. This has seen him execute a HAHO (High Altitude High Opening) jump for BBC’s Cloud Lab as well as perform a solo jump from 28,000ft over the Arizona desert with various scientific collection apparatus strapped to his chest, whilst racing a Peregrine Falcon – the fastest animal in the world.

Despite the technical and extreme nature of the work he undertakes, Andy maintains a deep interest in academia. With a degree in Zoology and a Masters in Archaeology, Andy’s academic interests are as varied as his extreme skills. He has a keen interest in science and engineering and he’s a member of Mensa, the High IQ Society – “For every hour I spend in the gym I’ll spend three reading a book”.

Most recently Andy has become involved with elements of the UK Space community assisting in the design and testing of space exploration equipment.

“Andy was absolutely brilliant and really helped the conference. He was inspiring and so interesting, he captured everyone’s attention and had some really good, strong motivational statements. He really got us all thinking.”

“We booked Andy to speak after a formal lunch for a large professional society. His talk was very different, compelling, nerve wracking, but also human and really funny. He had everyone on the edge of their seats one moment and laughing the next. The feedback from absolutely everyone afterwards was terrific.”

“Mesmerising. His daredevil stories amazed us. He was the perfect speaker for our James Bond themed conference.” 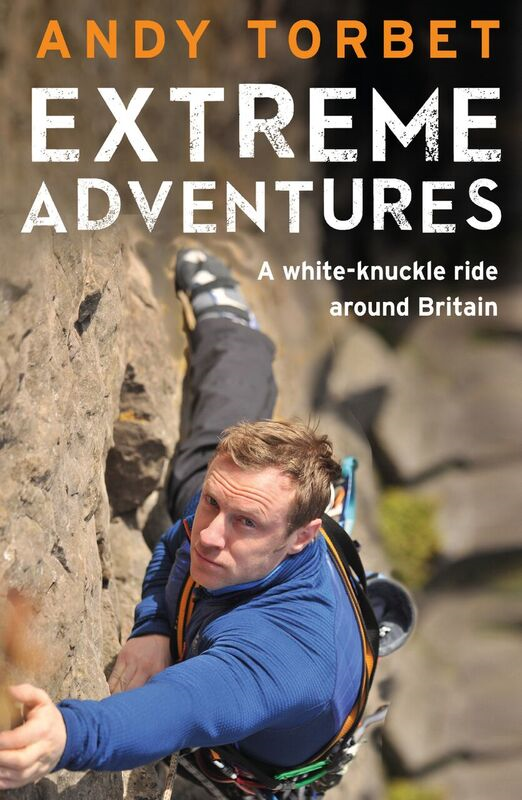 Andy Torbet has been to some of the world’s most dangerous places in his previous career as a soldier and now as an explorer, adventurer and TV presenter on programmes such as Coast. But, he insists, you don’t need to go to the farthest flung corners of the globe to find real challenge and push yourself to the very edge of your capabilities. There is genuine exploration on your doorstep. In Britain, between towering cliffs and stormy seas – and deep underground too – you can experience some of the most exciting physical and mental trials a human being can face.

It’s been months since I managed to throw myself out of perfectly serviceable aeroplanes...
.
...and my next chance to jump is 19th April and it can’t come quick enough.
.
I’m having a… https://t.co/N5M2a1EPT2

Dressed up and ready to leave the minis 11 Celsius surface for the lovely and warm plus 2 degree waters.
.
The light out here in Norway is beautiful, especially when you’re diving under… https://t.co/eOfDs222CK

This week’s #snorkelsunday isn’t about me it’s about him/her (I never did identify the gender).
.
Snorkelling and freediving is one of the best, and in some cases the only, way to get… https://t.co/qvkXvmRqyH

It’s rare that on my expeditions and adventures I’m very far from water but the water isn’t always drinkable.
.
This shot is from when I paddled across England using the canal network so,… https://t.co/q1cpjjt033

Out in Norway right now but spending the evening writing an article for @diveintosdm on our Anglo-Finnish film from last year with @gemmadiver1990 and jannekasperisuhonen
.
This… https://t.co/jUxGpofdrr