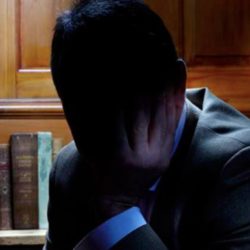 From the day he was found in a carrier bag on the steps of Guy’s Hospital, Andy has lived an extraordinary life. As a teenage delinquent, he kicked against society. As a young soldier he waged war against the IRA in the streets of South Armagh. As a member of 22 SAS he was at the centre of covert operations for nine years.

Heralded as the British Army’s most decorated soldier, Andy McNab has a phenomenal story to tell.

During the Gulf War he commanded Bravo Two Zero, a patrol that, in the words of his commanding officer, ‘will remain in regimental history for ever’. Awarded both the Distinguished Conduct Medal (DCM) and Military Medal (MM) during his military career, Andy was the British Army’s most highly decorated serving soldier when he finally left the SAS. Since then he has become one of the world’s bestselling writers, drawing on his insider knowledge and experience.

Since retiring from the SAS, Andy has become a successful businessman and has gone on to write three non-fiction bestsellers. He is also the author of the bestselling Nick Stone thrillers, several other fiction and non-fiction titles as well as a series of books for young adults.

Andy lectures to security and intelligence agencies in both the USA and UK. He works in the film industry advising Hollywood on everything from covert procedure to training civilian actors to act like soldiers and writes for a variety of newspapers and magazines. He campaigns tirelessly as a spokesperson and fundraiser for both military and literacy charities. 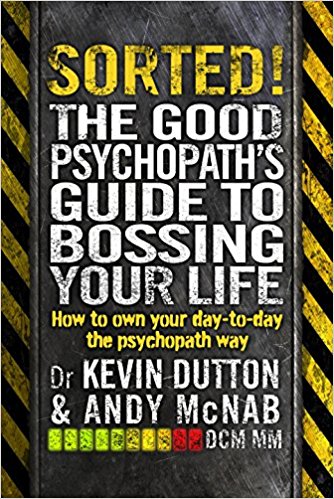 Sorted!: The Good Psychopath’s Guide to Bossing Your Life

Over thirty different examples of situations and ideas to show you how you can change your approach and change your life . . . Looking to nail an INTERVIEW? Want to make a better first impression on a DATE? Trying to make your MONEY go further? Bet you never thought being a bit more PSYCHOPATH could be the answer. Time to grab that bullsh*t by the horns! 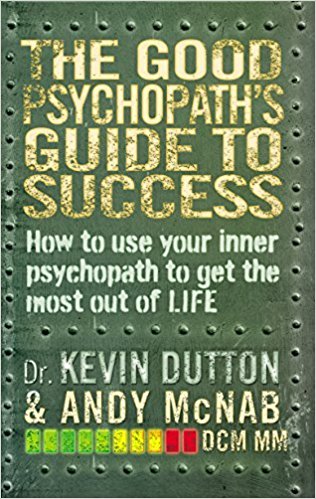 The Good Psychopath's Guide to Success

What is a good psychopath? And how can thinking like one help you to be the best that you can be? Professor Kevin Dutton has spent a lifetime studying psychopaths. He first met SAS hero Andy McNab during a research project. What he found surprised him. McNab is a diagnosed psychopath but he is a GOOD PSYCHOPATH. Unlike a BAD PSYCHOPATH, he is able to dial up or down qualities such as ruthlessness, fearlessness, conscience and empathy to get the very best out of himself - and others - in a wide range of situations... 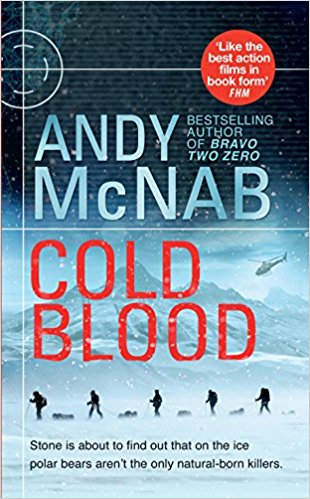 Nick Stone is suffering. The two people he cared for most are gone. Thousands of miles away five ex-servicemen, badly wounded in Afghanistan, are preparing for a trek to the North Pole in an attempt to begin to rebuild their shattered bodies and minds. When Stone is summoned as close protection for the trek by an old SAS officer, he accepts unthinkingly, desperate for the chance to escape his own misery. 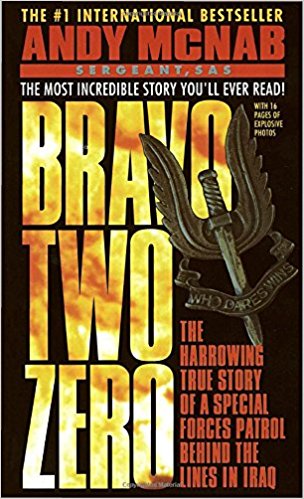 Their mission: To take out the scuds. Eight went out. Five came back. Their story had been closed in secrecy. Until now. They were British Special Forces, trained to be the best. In January 1991 a squad of eight men went behind the Iraqi lines on a top secret mission. It was called Bravo Two Zero. On command was Sergeant Andy McNab. -They are the true unsung heroes of the war.- -- Lt. Col. Steven Turner, American F-15E commander. Dropped into -scud alley- carrying 210-pound packs, McNab and his men found themselves surrounded by Saddam's army. Their radios didn't work. The weather turned cold enough to freeze diesel fuel. And they had been spotted...

Looking forward to working with the @welbeckpublish team!

Go on! What are you waiting for? Start right at the beginning.

'They went with songs to the battle, they were young,
Straight of limb, true of eye, steady and aglow.
They were staunch to the end against odds uncounted,
They fell with their faces to the foe.' #PoppyAppeal @PoppyLegion

To me Remembrance is not forgetting that men and women of all colour, race and religion have fought and died for our freedom. What does remembrance mean to you? @CWGC https://t.co/7dvnAHW4cr #Remembranceis