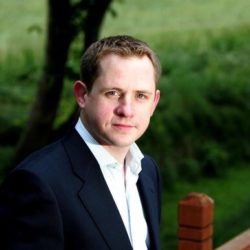 Alastair has a proven track record of turning visions and concepts into real businesses. Having setup Montistie in 2003, three years later the company was recognised as a ‘Technology Pioneer’ by the World Economic Forum.

Alastair is the CEO and Co-Founder of Monitise, branded as the “darling of the City”, a “technology pioneer” running “the UK’s hottest tech stock”.

As a former rugby hooker, son of a farmer, with four GCSEs, he is perhaps an unlikely city entrepreneur. When he first started pitching his idea for Monitise to investors and partners, he was belly-laughed out of meetings.

However Alastair has a proven track record of turning visions and concepts into real businesses. Prior to conceiving, financing and successfully building Monitise, Alastair was a co-founder of epolitix.com, the portal for Westminster, Whitehall and the devolved institutions.

In 2003 Monitise was founded and two years later, the company was recognised as a ‘Technology Pioneer’ by the World Economic Forum. In 2007 Alastair led the company’s demerger from Morse and listing on the LSE’s AIM market. Monitise is now a world leading Technology Company delivering mobile banking, payments and commerce networks worldwide.

In 2011 Alastair was voted Entrepreneur of the Year at the Growing Business Awards, having performed the seemingly impossible task of getting the major banks and mobile operators to work together, as part of his mission to turn mobile phones into electronic wallets.

In January 2014, Alastair was appointed as a Business Ambassador and advisor for the financial services industry by the UK Government. He was named Non-Executive Chairman of Fintech industry body, Innovate Finance, at its launch in August 2014. Alastair was also appointed the Chairman of Syntheo, a joint-venture between Santander and Monitise, created to invest in and build Fintech businesses across the planet. During 2014 Alastair received an CBE for services to mobile banking and charity in June 2014.

As a mark of respect to the victims of the Nice tragedy, the @BBCSO opened the 2016 @BBCProms with La Marseillaise https://t.co/XLPt3j6wNc

Make sure you vote tomorrow. It's your Responsibilty to have a democratic say in history. I vote remain for the sake of our futures. #EUref

We weren't supposed to use phones at Prince in ATL last week, but I couldn't resist. Last performance of Purple Rain