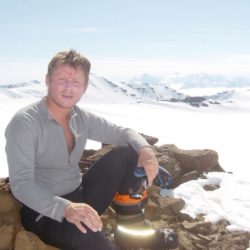 Alan’s focus is on inspirational leadership and high-performing cultures, explored through his unique experience of being the leader of the first successful British team to walk unsupported to the North Pole.

Alan Chambers was the leader of the first successful British team to walk unsupported from Canada to the Geographic North Pole. This amazing feat earned Alan a place in the history books in the great tradition of Polar exploration and he was also awarded the MBE.

More men have walked on the moon than walked to the North Pole unsupported. Through determination, guile, resolute planning and motivation Alan succeeded against all odds. The ten-week expedition finished ten days late and left the team suffering extreme body weight loss and dwindling food supplies, but it also proved to be a catalyst for the future for Alan.

In 2003 Alan led a mixed group of corporate businessmen to the North Pole from 89 degrees. Subsequently, in 2004 Alan guided a diverse group of fifteen high-level executive captains of industry (including Charles Dunstone of Carphone Warehouse) on a leadership development challenge, walking across the frozen Arctic Ocean to the North Pole. He continues to lead and advise individuals and groups planning for expeditions in the high Arctic.

Alan has worked extensively with major global corporations and business schools, (London Business School, Harvard, Insead, Ashridge) using his stories from the ice to explore key lessons in leadership, teamwork, personal ambition and success. Alan is a humble man, inspiring and motivational. His presentations are full of amazing photography and footage from his expeditions.

“Alan was amazing! And every single thing he mentioned correlated to a business management/leadership skill. And it’s difficult to impress my colleagues. I would recommend Alan to any company that needed a motivational speaker.”

“Alan is one of life’s unique characters. His story of the trek to the North Pole is both fascinating and insightful and has important lessons for all leaders and all teams. His anecdotes about team selection, project planning and “leading from the back” have resonance with the everyday issues that I and other business leaders face.”

“Alan Chambers was with us all the way through the Ashes, if only from a distance. At every turn he recognised a situation from his journey and related it to that which we were encountering. That was great to know and provided excellent motivation, as well as a frequent good talking point. We used Alan’s analogies in the changing room after we lost the first test.”

“I am a tremendous fan of Alan and feel strongly that his incredible story should be shared with the world. He is an adventurer of this century who leads by example in a thoughtful and skilful way. He has complete self-confidence of the type that builds teams by recognizing that it takes the whole team and not one man to succeed. I am in awe of Alan’s accomplishments.  Alan’s leadership skills borne out through his determination mixed with his consideration of the needs of others gave us all much to think about. His effort in achieving a task that many people could not even begin to consider is truly inspiring.” 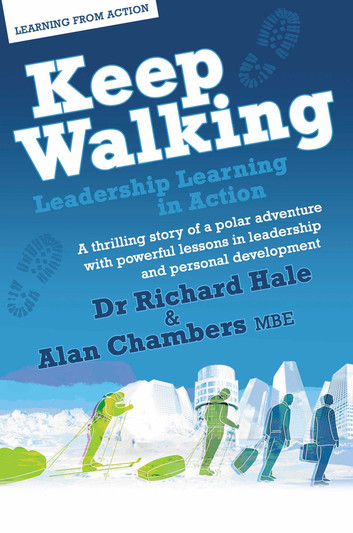 In 2000 Alan Chambers led the first successful unassisted British Expedition to the North Pole from Canada. Walking 500 miles and enduring remarkable challenges, he was subsequently awarded the MBE for 'Outstanding leadership in the face of extreme adversity.' Alan's vision is to help leaders in business achieve new heights, drawing on his inspiration...